The restoration of site hydrology is the crucial first step in restoring a bare peat site. Sites with active drainage channels will continue to erode making re-vegetation difficult to accomplish. 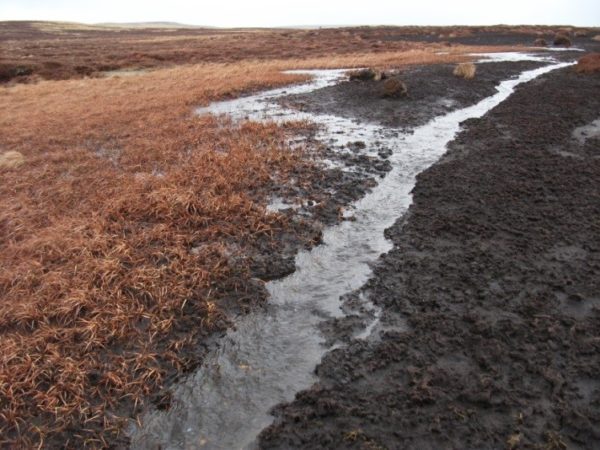 There are a variety of techniques that can be used to prevent running water causing further or new erosion within the site, these include:

If there is sufficient peat on site and if the gully is accessible to a digger, peat can be taken from ‘borrow pits’ and placed in the gullies. This is similar to grip blocking in that it will act as a leaky dam. 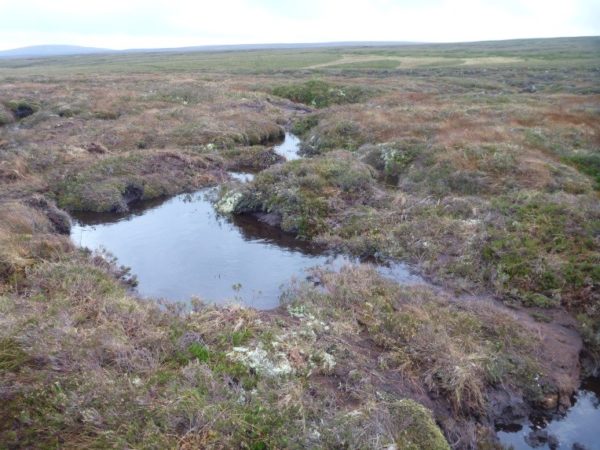 These are used on degraded peat sites to slow water movement in eroded gullies. They are best used in shallow water channels where peat is still present. They should be keyed into the eroded channel to reduce water movement, hold water during drier months and trap sediment. 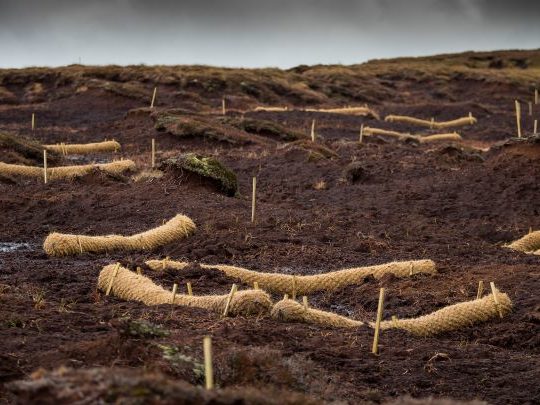 These are used on large gullies (over 2m wide) that have either a peat base or eroded down to the mineral layer. Stone is flown in by helicopter, to avoid damaging the bog with vehicles, and is dropped along the gully in pre-determined locations to form dams. Stone dams trap sediment and slow water movement during high rainfall, keeping the water on the peatland longer. 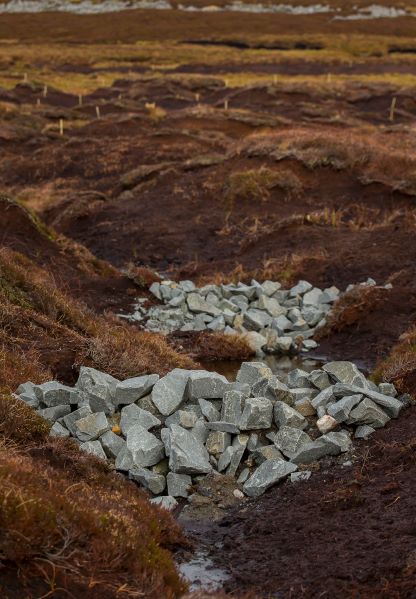 These can be used when there is still peat at the bottom of the gully. They are constructed of hardwood planks and fencing posts. These are leaky dams that slow the water and slow water during high rainfall. 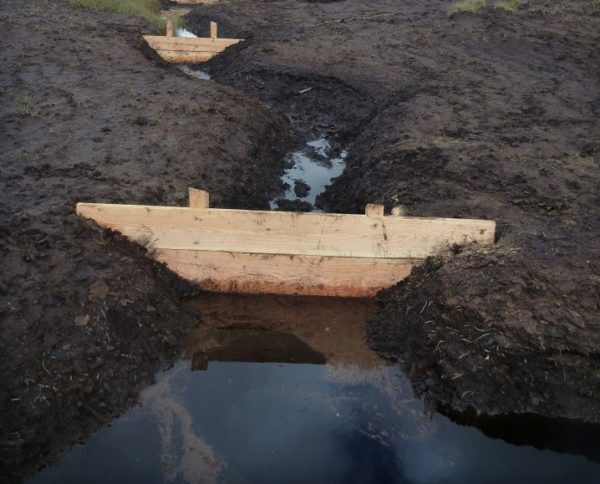