This is a large mining landscape on either side of the road on the southern slopes of Pike Law and the hillside between Hudeshope Beck and Bow Lee Beck, north of the village of Middleton-in-Teesdale. The remains are mostly 19th century in date, and include timbers, a mine shop, powder store, smithy, dressing floors, and other stone structures such as a water balance incline and round buddle.

Some features are older, including the Red Grooves Mine and hushes and Coldberry Gutter. The gutter breaches the watershed between the Bow Lee and Hudeshope valleys and is thought to be a hush, although more recent study suggests that it may be a geological fault incised by a glacial breach. Hushing took place in the 18th century, but later mining created a network of levels and mining continued until as late as 1953, leaving a number of 20th century buildings.

Volunteers completed 44 condition assessment forms. The main threats are weather damage, subsidence, animal burrowing and collapse. Overall the risk level of these threats was recorded as low/medium, meaning the problems are minor and localised.

Photos of Coldberry Mine, taken by volunteers to support the condition assessment forms, can be viewed at: https://www.flickr.com/photos/oresome/albums.

Two small areas of calaminarian habitat were found, and unusually for this altitude, these have significant populations of alpine penny-cress growing with sheeps fescue, common mouse-ear, thyme, knotted pearlwort, fairy flax and pale thread-moss. This is an unusual form of calaminarian grassland, lacking any other metallophytes (metal tolerant plants) such as spring sandwort. The reason for this is not clear. For further details see the botany report.

The spectacular gully known as Coldberry Gutter is one of the most conspicuous landforms of its type within the North Pennines. Although long assumed to be a huge mining excavation recent research, in part related to the OREsome project, has provided convincing evidence that the ‘gutter’ is primarily a glacial meltwater channel with only comparatively minor modifications to its form created by mineral exploitation.

The ‘gutter’ provides important and extensive sections through rocks of the Stainmore formation. Notable features of these include the presence of a bed of millerite-bearing clay ironstone nodules unique within the North Pennines and an abundance of unusual quartz-rich ironstone septarian nodules which are the source of the remarkable cellular quartz specimens found in many important collections of British minerals.

The ‘gutter’ also includes a fine exposure of the Palaeogene Cleveland-Armathwaite Dyke. For further details see the geology report.

The highlights of the archaeological, botanical and geological interest at Coldberry are in the summary report. 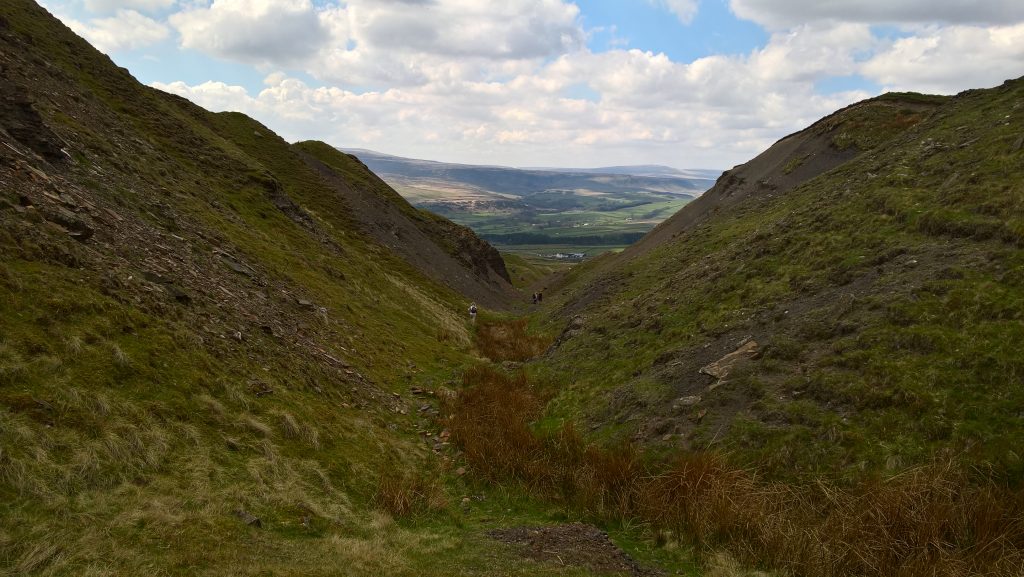