For many people, the historic environment of the North Pennines means abandoned lead mines and other post-medieval industrial landscapes. These landscapes are important, but there is also much, much more.

Clues from the past

The landscape holds clues to the activities of people over much of the past 10,000 years, extending back to the Mesolithic (Middle Stone Age) when the first bands of hunters wondered into the area after the last glacial phase of the Ice Age.

Over the years, relatively little survey and research has been done here in comparison to other areas of northern England, but sufficient has been done to demonstrate the potential for many exciting discoveries in future.

Here we have produced an introduction to the different periods of North Pennines archaeology. ‘Prehistory’ is a term used by archaeologists to refer to time before the first written records (ie ‘before history’). In the North Pennines this means the period prior to the Roman conquest, although written records of any kind remain extremely sparse through into medieval times. The prehistoric era is divided into Stone Age, Bronze Age and Iron Age.

The AONB Partnership ran a community project called Altogether Archaeology between 2010 and 2015. This project encouraged and enabled local people with an interest in the past to work with professional archaeologists at several different sites throughout the North Pennines – look in our historic environment section for more information about the project.

After the project finished the volunteer group which was formed as part of it decided to continue as an independent, membership-led organisation called Altogether Archaeology. 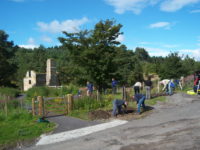 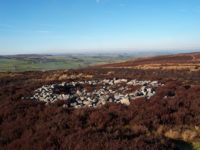 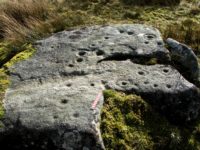