Steep bare peat faces known as haggs actively erode, releasing carbon, drying the peat and preventing revegetation. Slopes greater than 45° can be re-profiled to speed up colonisation from the base and halt erosion. A digger is used to peel back vegetation on the top of the slope, re-profile the exposed peat to a more gradual angle and then replace the vegetation from the top back over the newly re-profiled slope. 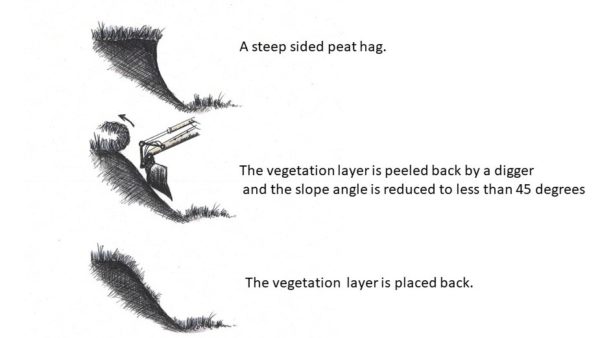 Not all slopes can be re-profiled in this way. Accessing peat haggs with a digger can be difficult because of the deep gullies between them, and this technique is only used where the surrounding area is vegetated to prevent causing unnecessary damage to bare and degraded areas. 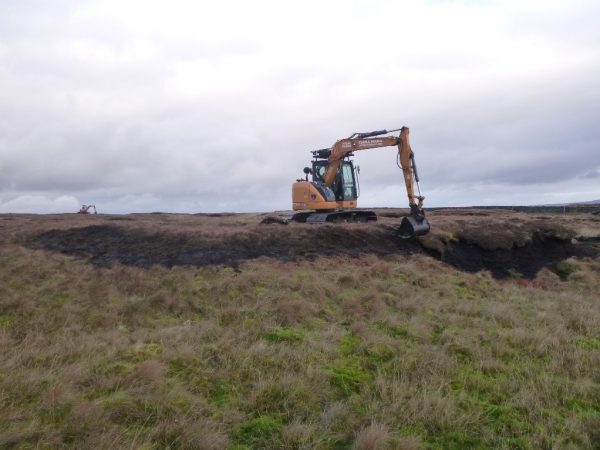 Reprofiling prevents more peat being lost to erosion, reducing the carbon emissions and watercourse colouration which occur as a result.