These mines are part of an extensive and ancient mining landscape on the west side of Flinty Fell that includes conspicuous air and winding shafts, as well as waste dumps, dams and leats. The mines themselves are of mid-19th century age, and are close together in the narrow valley of the Garrigill Burn. They were constrained in their extent by the narrow valley, with dressing floors built up over the stream.

Whitesike mine is just east of the B6277 Alston to Middleton-in-Teesdale road, with a large tip of fines fenced off to the west of the road. The stream is culverted to pass through this tip (estimated to contain over 60,000 tonnes of ore-dressing waste) and the road runs over the top.

Bentyfield mine is east of Whitesike in the same valley and is accessed by the old tramway that runs up the west side of Whitesike.

The volunteers completed 25 condition assessment forms . The main threats are identifed as weather damage, flooding, stream erosion and scrub growth. Overall, the risk level of these threats to the historic features was recorded as low/medium (minor localised problems) or medium (significant localised problems). A condition assessment report by the volunteers provides further information.

Photos of Whitesike and Bentyfield, taken by volunteers to support the condition assessment forms, can be viewed at: https://www.flickr.com/photos/oresome/albums.

This site includes one of the richest calaminarian grassland communities remaining on the North Pennine lead mines, with the full suite of north Pennine metallophyte plants all thriving and a rich diversity of other plants, lichens and bryophytes. Thrift is declining throughout this area and the vigorous population at Whitesike may be the largest and most healthy left in the North Pennines, so it is considered to be of at least regional importance. Further details are in the botany report.

There is an exposure of the sponge and coral bearing limestone at location 6 on the geological features map in the geology report. This bed is widely present across the Northern Pennines, but its location here alongside a footpath makes this an important educational and interpretation resource.

Highlights of the archaeological, botanical and geological features of interest at Whitesike and Bentyfield are in the summary report. 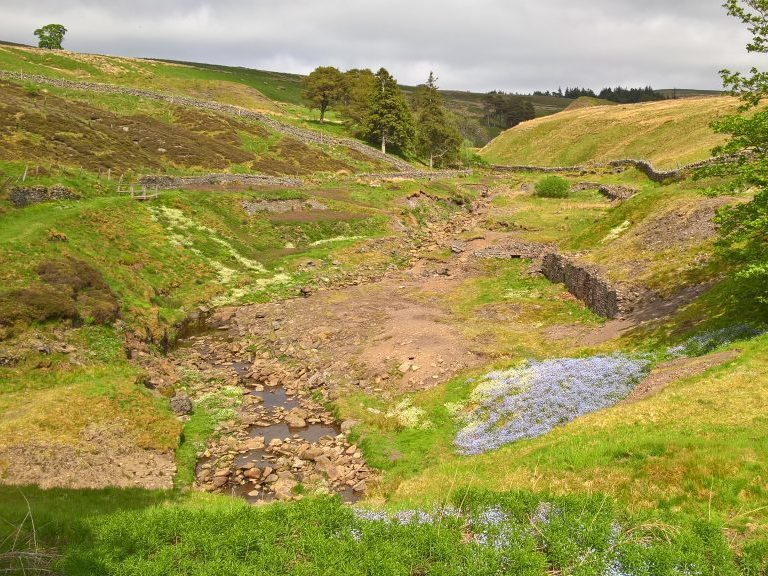