The area was mined from early times and was already well established in 1753. It continued to be productive until about 1852, by when the mines were nearly exhausted. Working continued until 1891 but little ore was raised during the last decades. The remains are one of the best preserved pre-19th century lead mining landscapes known in the North Pennines.

The volunteers completed 72 condition assessment forms. The main threats are weather damage, flooding, stream erosion and scrub growth. Overall, the risk level of these threats was recorded as low (optimal conditions) or low/medium (minor localised problems). The survey results can be viewed on the interactive Google Earth map at the bottom of this page. The survey reports are available to view in the downloads section at the bottom of the page.

Photos of Pike Law, taken by volunteers to support the condition assessment forms, can be viewed at: https://www.flickr.com/photos/oresome/albums.

This large site is high on the watershed and exposed to the elements, and so has a limited plant and bryophyte flora. No botanical interest has so far been found, but there may be things still to find in more sheltered spots.

A rich variety of lichens were found, including the nationally rare Cladonia uncialis uncialis, Ochrolechia frigida, Porpidia melinodes, Rhizocarpon oederi, and Stereocaulon vesuvianum nodulosum, all of which are associated with metal mines. Occassional limestone outcrops support a different lichen flora, with Collema cristatum, Gyalecta jenensis and Solenopsora candicans, all of which are scarce in the area. Further details are available in the botany report.

Pike Law is an important site at which a dense concentration of mineralised veins and associated replacement deposits, showing also the effects of supergene alteration, may be examined both in situ and in abundant mine spoil.

The entire landscape of this site is a geological ‘highlight’. In addition, a number of individual features are of considerable importance, both to enable understanding of the site itself, but also for their wider interest in understanding the nature of North Pennine mineralisation and the natural evolution of its landscape. Further details are available in the geology report.

Highlights of the main findings for the archaeological, botanical and geological interest of Pike law are in the summary report. 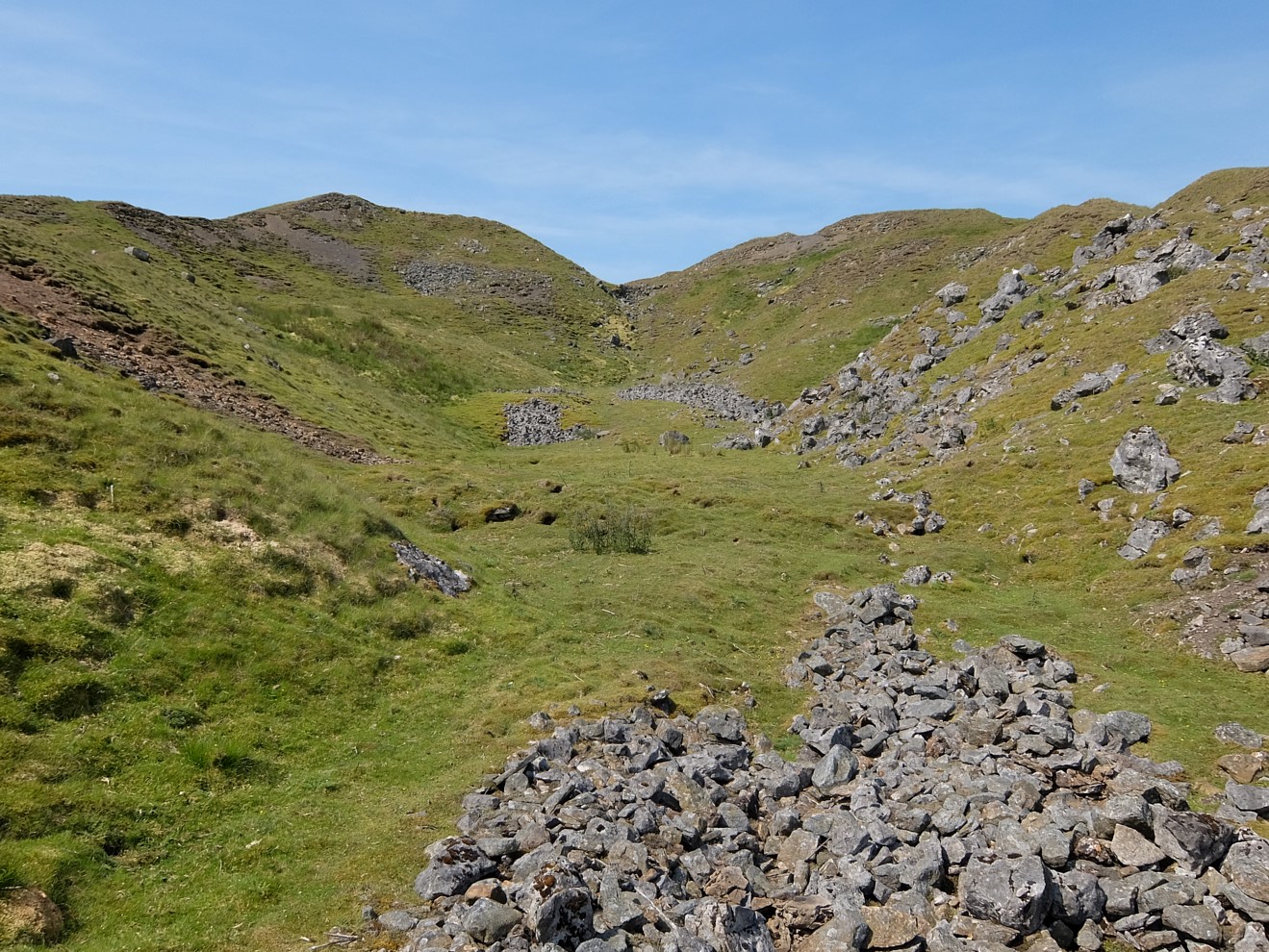