Cashwell is a dispersed mining landscape in the Black Gut and Cash Well spring area on the north-east side of Cross Fell, a remote and exposed location near Garrigill in Cumbria. The most conspicuous feature is Cashwell Hush, a long and opencut and hush on the Cashwell Vein. It was worked from before 1778 and some of the remains are thought to date from the 18th century. A small smelting mill was built near the level in c.1800, and the mine continued to be extended and worked until c.1921, but the smelting mill and later levels are not well preserved. The waste heaps were re-worked for fluorspar in the 20th century.

Upper Slatesike lies 500m south-west of Cashwell. The scheduled area lies at the head of Slate Sike, one of the headwaters of the River Tees. It is another 18th century lead mine, with the characteristic barrow tipped spoil heaps instead of the finger tips created by tub runs which became more typical in the 19th century. There is a fine example of a manually powered oreworks, with its network of water channels, the remains of stone built structures and discrete spreads of ore processing waste. This monument is considered to be one of the best preserved examples of an 18th or early 19th century lead mine known in northern England.

Volunteers, supported by expert botanists, found that Cashwell Hush is an important site for its lichen interest, which benefits from the lack of disturbance in a remote location and from the cool damp climate on Cross Fell.  Further details can be found in the botanical report.

The composition of the Cornriggs and Cashwell veins is unusual within the overall context of the orefield. The discovery of the uncommon manganese mineral coronadite at the surface workings on the West Cross Fell-Doukburn Vein offers insights into the geochemistry of manganese within these deposits. Further details are available in the geology report.

Highlights of the main findings for the archaeological, botanical and geological interest of Cashwell hush and Upper Slatesike are in the summary report. Detailed survey reports are available on request. 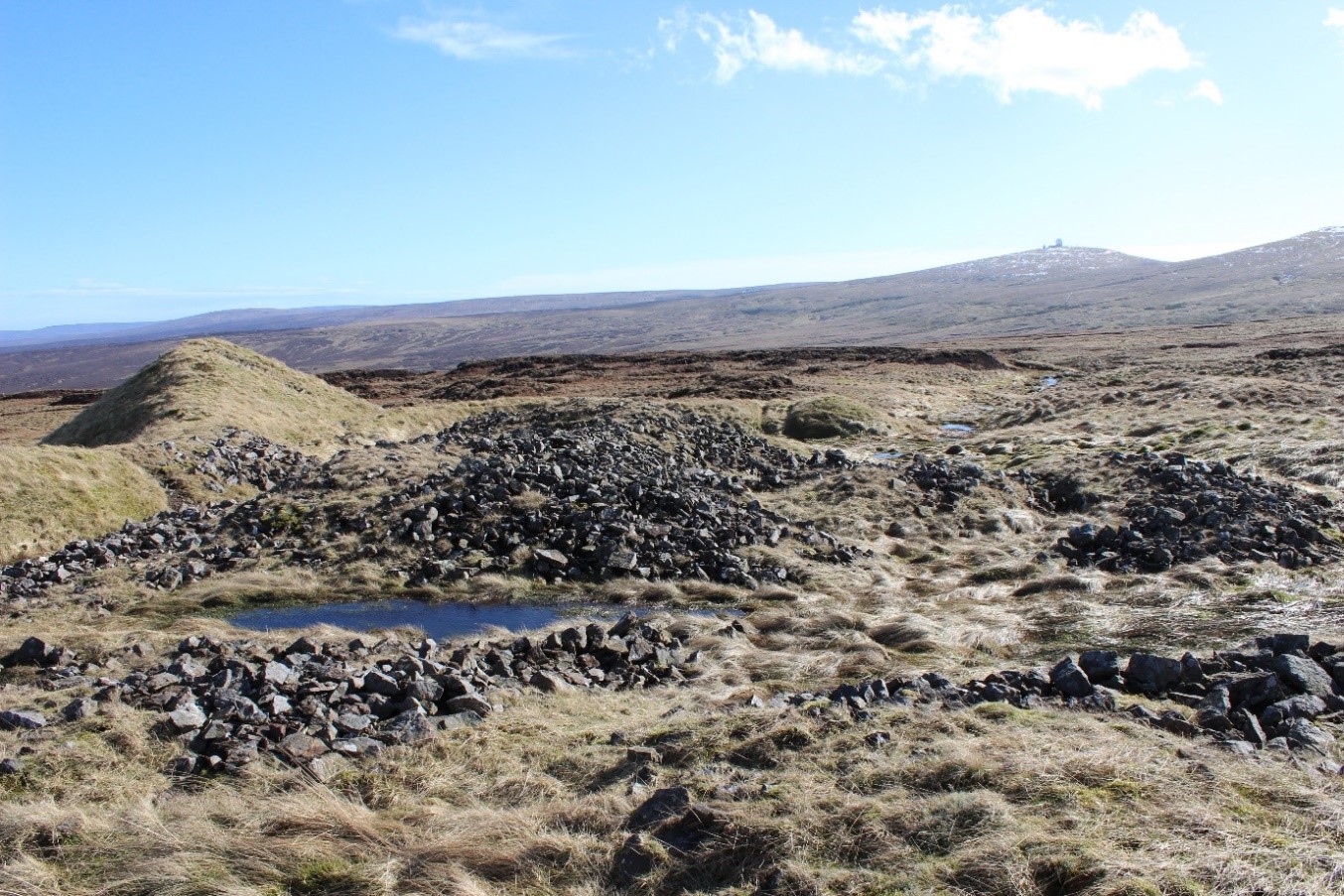