A 2016 Water Framework Directive classification judged the watercourses in the Fellfoot Forward area to be in either poor or moderate condition. This is predominantly due to low fish numbers and for low flows. These issues are caused by a range of activities in the Fellfoot area.

Historically, meanders have been removed from watercourses for land drainage. This removes habitats for wildlife, increases erosion and reduces the area’s capacity for water retention in flood events. Weirs and other man-made structures in the river can impede fish migration, limiting them to the lower reaches of watercourses where habitat is often unsuitable for feeding and breeding. Diffuse pollution and sedimentation from agricultural run-off lead to poor water quality for fish and other wildlife. The loss of trees and hedgerows from much of our landscape means there are few barriers to pollutants running off the land and into our watercourses, and agricultural grazing practices in which livestock roam close to rivers can create erosion and pollution. With fewer trees and woodlands providing shade, our rivers are also more prone to higher temperatures, making the water uninhabitable for many fish and invertebrates. 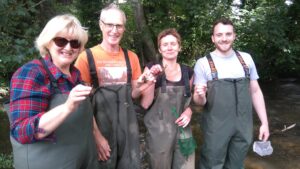 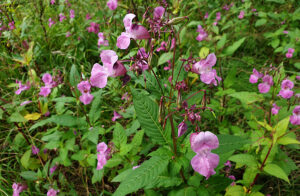 Eden Rivers Trust regularly provide opportunities for volunteers to take part in important habitat restoration and species recovery work which will target the recovery of white clawed crayfish and removal of invaive non native species.  Find out more about how you can help here