The prestigious Pendlebury Award is awarded each year to a remarkable individual who has put their heart and soul into looking after the North Pennines.

It is named in memory of the late Bob Pendlebury OBE, who was one of the leading advocates of the North Pennines and an unswerving champion of its protection. He was the first Chairman of the AONB Partnership (and its predecessor bodies) following the confirmation of its designation as an Area of Outstanding Natural Beauty in June 1988. 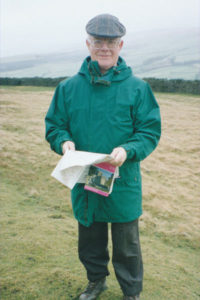 Each year the award is presented to the new winner by the previous year’s winner (each winner returning it to the Annual Forum in a symbolic relay).

The award is made to an individual who has significantly contributed to:

The promotion of enjoyment and understanding of the special qualities of the area amongst local people and/or visitors.
and/or

Supporting local communities in matters directly relating to the conservation and enhancement of natural beauty and/or promoting enjoyment and understanding of the North Pennines.
*Natural beauty in the context of AONBs is about much more than scenic quality, and includes landform, geology, plants and animals, landscape features and the rich history of human settlement over the centuries. 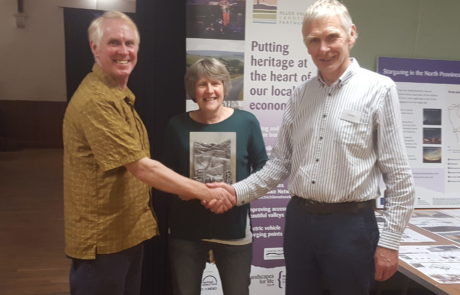 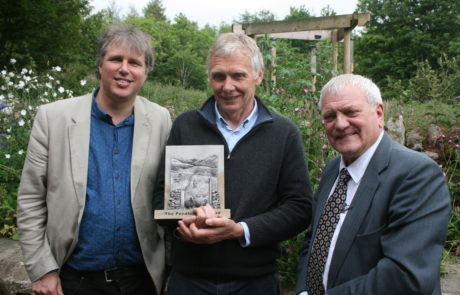 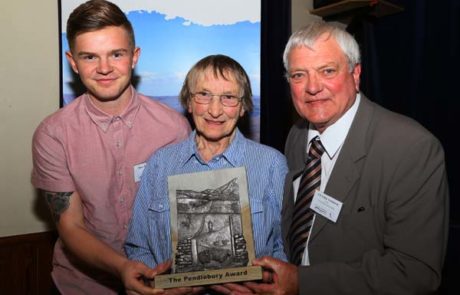 Entries will open in early 2020 for that year’s award. For additional information, guidance and nomination forms please contact Simon Wilson (Business Manager) at the North Pennines AONB Partnership on 01388 528801 or simon@northpenninesaonb.org.uk