Conservation students from a Durham college are to learn about and contribute to peatland restoration by growing specialist mosses.

Land and Wildlife Management students from East Durham College are to trial growing the mosses as part of a project being delivered by the North Pennines Area of Outstanding Natural Beauty (AONB) Partnership and Wear Rivers Trust.

Sphagnum mosses are an important component of healthy peatlands, helping to retain water and form peat, but are in decline on many degraded peatlands.

Damaged peatlands release vast amounts of carbon into the atmosphere, but once they are restored, they act as carbon sinks, mitigating climate change by absorbing and storing carbon as peat.

Kate Cartmell Done, Peatland Support Officer at the North Pennines AONB Partnership, said, “One hectare of degraded peatland releases the same amount of carbon each year as the average driver in ten years, so it is vital we restore these important ecosystems.”

The Sphagnum mosses grown by the students in their college’s nursery facilities at the Houghall Campus will be used by the North Pennines AONB Partnership to restore degraded areas where it is lacking, providing benefits for wildlife, water quality and flooding as well as the climate.

The students are planning to visit one of the peatland sites restored by the North Pennines AONB Partnership with their lecturer Adam Crolla to see first-hand the benefits their work will have.

Wear Rivers Trust has been working with the college to develop this growing project. Peter Nailon, WRT Director, said: “We’re delighted to have the students involved in such an increasingly important area of conservation. Through this work they are gaining valuable experience while contributing to the fight against climate change.”

The growing trials are already underway, and it is hoped the mosses grown by the students will be ready to plant on restoration sites next winter. 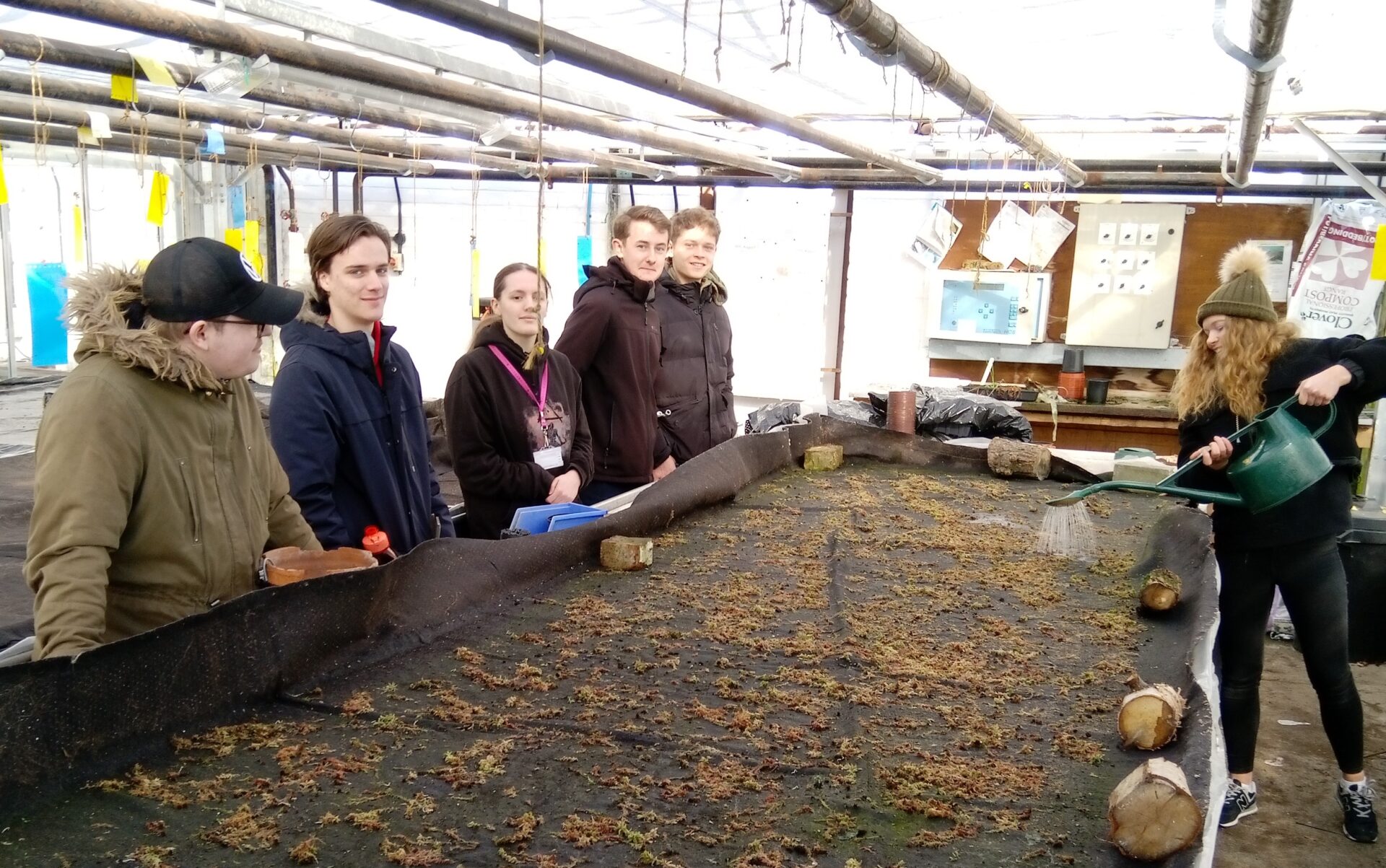