During early June 2021, visitors joined Brian Ellison, stonemason with Stone Technical Services, at Kirkoswald Castle in the Fellfoot Forward scheme area for both site tours and instruction in the use of lime mortar working on a heritage building.

Brian guided visitors around the site and explained the techniques being used in the consolidation of this heritage building, which will remove it from Historic England’s Heritage at Risk Register. These techniques include deep tamping and pointing, skills which remain unchanged since the castle was first constructed.

Tom Speight, chair of the Fellfoot Forward Landscape Partnership Scheme advisory board, had this to say: “A fascinating tour of the ruins of Kirkoswald Castle while the stonemasons complete their work there. It’s a wreck but it’s a wreck which shouldn’t fall down any more. Incredibly skillful work going on”.

Kirkoswald Castle sits on the edge of Kirkoswald village and is a significant medieval monument with a complex history. It is well known and loved by the local community, the landowner, and specialist groups, as well as being visited by the public.

In its current incarnation, it has stood on the edge of Kirkoswald village since 1485AD and is a square, moated, late medieval, high status residential castle. The castle has been robbed of stone for use in other buildings in Kirkoswald and further north at Naworth Castle, and the remaining south east and south west towers have now fallen with only footings and ground level chambers remaining. The main upstanding tower was the former solar tower (living quarters) and garderobe (toilet).

The castle was last surveyed in 2004 by Historic England and at that time was highlighted as ‘at risk’. The Fellfoot Forward scheme is an opportunity to remove the structure from the Heritage At Risk Register and support the landowner to secure its future.

Watch our aerial footage of the castle during the consolidation work here. 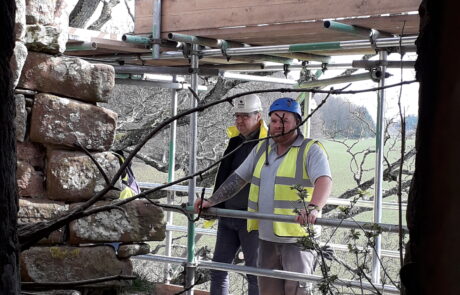 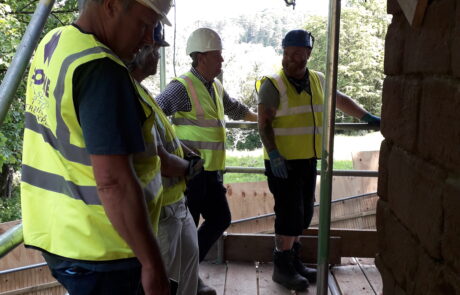 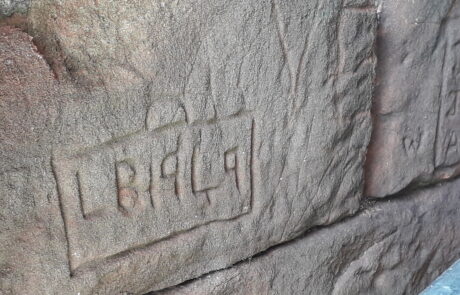 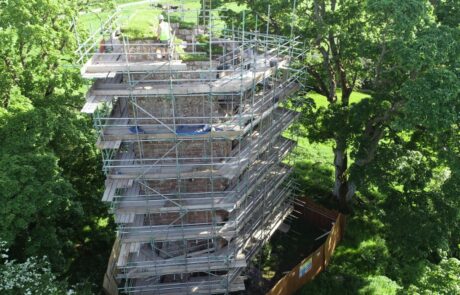 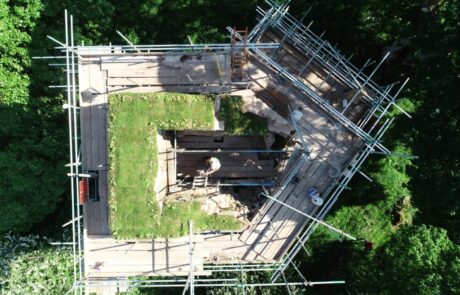