How dark is it?

Much of England has lost touch with its night skies – advancing levels of light pollution in our towns and cities have robbed many of us of a connection with the light of the heavens. The North Pennines Area of Outstanding Natural Beauty (AONB) stands in contrast to this stark reality. The North Pennines has truly dark night skies – it is the country’s darkest mainland AONB, only the Isles of Scilly has darker skies. 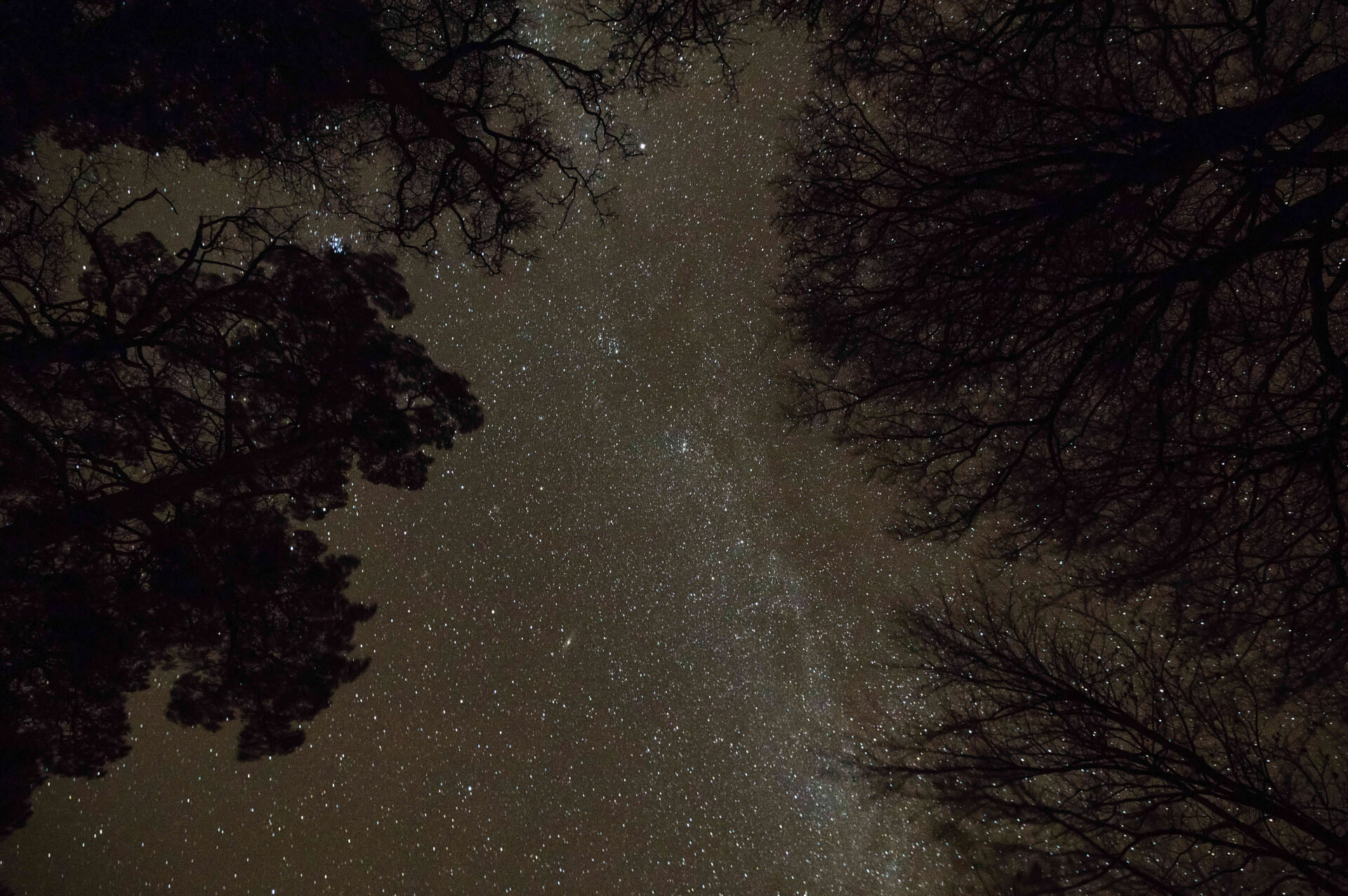 It is estimated that 85% of the UK population has never seen a truly dark sky or experienced the sense of wonder that a crisp, clear sky sparkling with countless stars can give. In the North Pennines, on a clear night, we can see thousands of stars overhead compared with only a handful of the brightest in towns and cities. Here visitors and local people can experience the shimmering river of stars that is the Milky Way, along with distant galaxies and sparkling star clusters and constellations.

The Night Blight survey used satellite data gathered by the National Oceanographic and Atmospheric Administration (NOAA) in the USA to create detailed maps measuring the amount of light spillage up into the night sky. The resultant maps are available online at https://www.nightblight.cpre.org.uk/maps. Compare and contrast the map for the North Pennines… 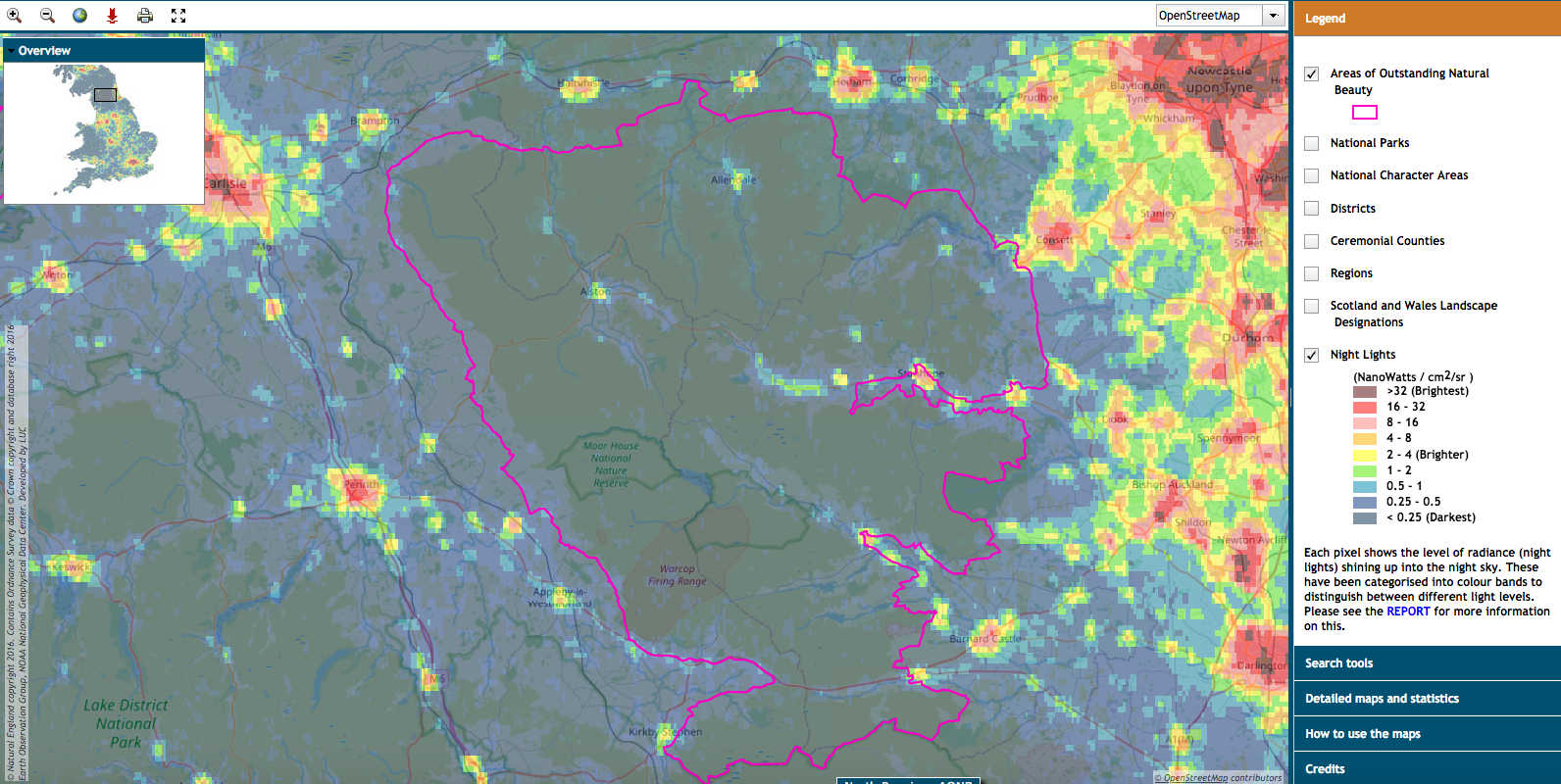 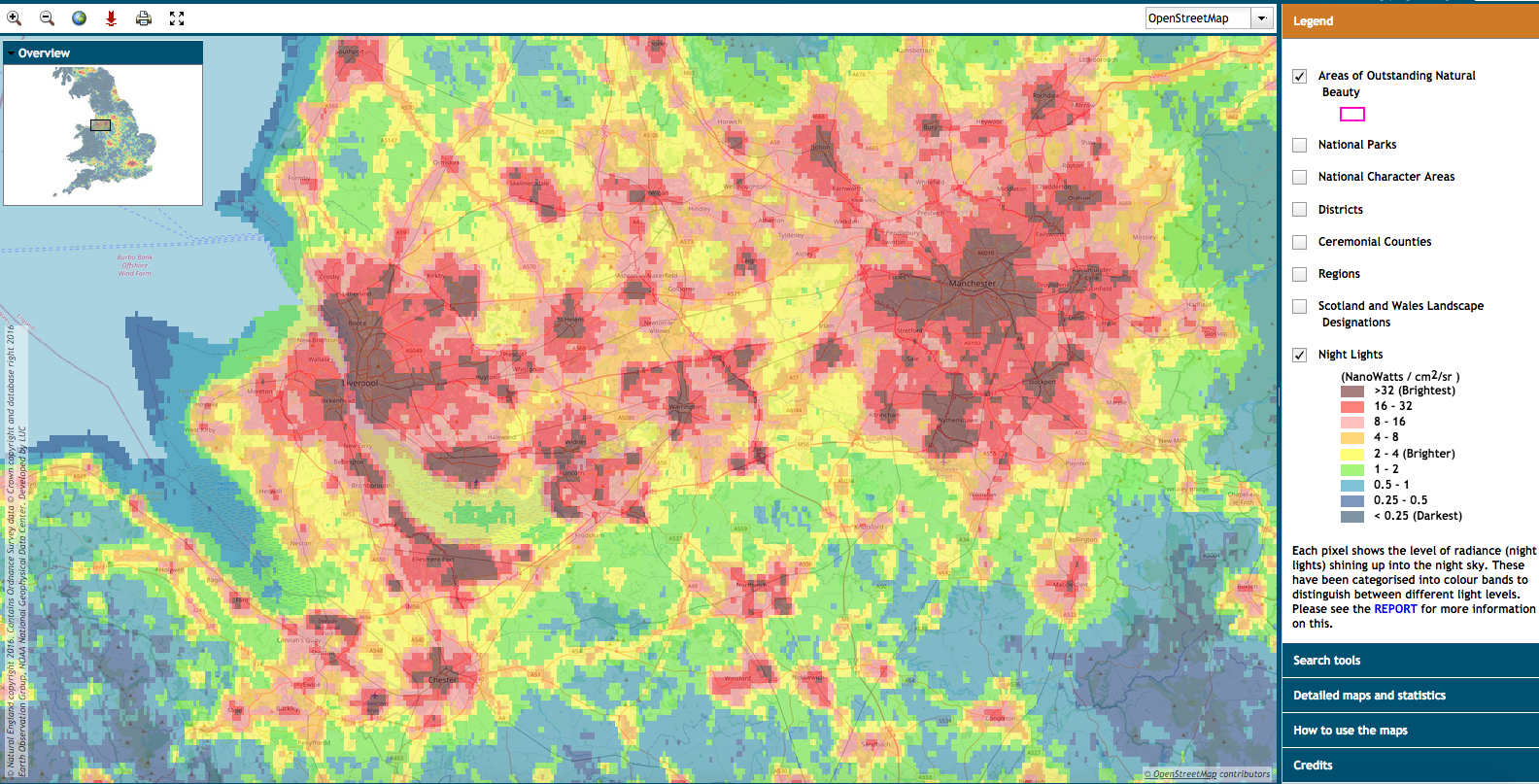 In October 2019 Cranborne Chase became the first AONB in England to become an International Dark Sky Reserve – one of only 16 worldwide. The designation is awarded by the Arizona-based International Dark-Sky Association3 (IDA). Dark Sky Reserves are part of the IDA’s Dark Sky Places Program – founded in 2001 “to encourage communities, parks and protected areas around the world to preserve and protect dark sites through responsible lighting policies and public education”.

IDA Dark Sky Reserve designation is an accolade that the AONB Partnership is working towards – should we be successful it will help us to celebrate and protect the stunning nightscape we have in the North Pennines.

Since 2017 the North Pennines AONB Partnership has been co-ordinating the North Pennines Stargazing Festival in October Half Term. The idea behind the festival is three-fold: firstly we want to spread the word and raise awareness of just how special the dark night sky is in the AONB; secondly we want to inspire people to look up (50% of our landscape is nightscape) and marvel and therefore to value and want to look after it; and lastly we want to help and inspire tourism businesses to gain economic benefit from stargazing and astrotourism.

Last year the festival ran for 12 days and we promoted almost 30 events as part of the celebration of our night skies – at least 40 businesses, organisations, individuals and astronomical societies were involved in running events. Almost 1,250 people came – almost 30% were children. Almost a third of people attending events were previously unaware that the AONB was a good place for stargazing and, interestingly, over 90% said that they would be positively influenced to visit if the AONB was also an International Dark Sky Reserve. The economic impact of the festival was estimated to be around £120,000 and almost 30% of festival goers were staying overnight (average stay was almost 3 nights).

Obviously this year things are a bit different and we’ve not been able to stage a full-blown festival due to the challenges of living through a global pandemic. Nevertheless we wanted to mark October Half Term with Stargazing Week – to keep the idea alive. Hopefully we’ll be able to come back bigger and better in 2021. 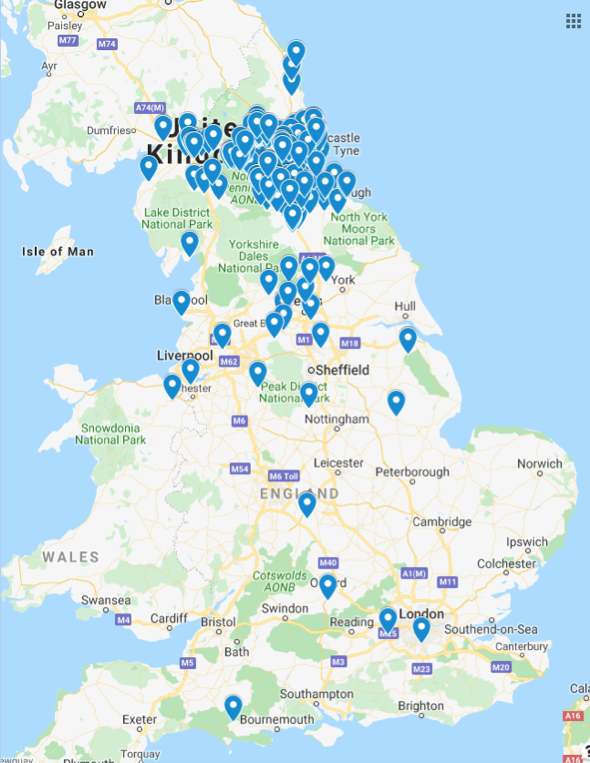 I love the North Pennines – the nature, the landscapes, the waterfalls, the moorland walks – and it’s a privilege to have worked in this stunning landscape for the last 16+ years – the longest I have ever lived and worked anywhere. Until relatively recently I didn’t specifically think about how very special the nightscape was – it was just sort of there – as an adjunct to the ambience, to the tranquillity. I suspect that a lot of people have similar feelings – certainly for local communities the fact that rivers of stars appear on clear nights could be seen as a ‘given’. Like with so many things, as we are learning in this most challenging of years, we’ll only perhaps miss it when it’s gone.