Skip to content
Hen harrier missing in the AONB

By Chris Woodley-Stewart, Director of the North Pennines AONB Partnership

Another satellite-tagged hen harrier has gone missing in the northern uplands, this time in the North Pennines AONB. Depressingly, in coming to write this blog post, I looked back to see what I wrote last time – little has really changed.

This bird was tagged in Langholm this year, and, spending much of its time in the beautiful border country around Northumberland and southern Scotland, was appropriately named ‘Reiver’. Its last known tag signal was in the Ninebanks area of Northumberland, on the 17th September.

“Birds die” people say. Of course they do. And when they are tagged the signal still comes from the place where they stop moving and they are recovered and examined to determine cause of death.

“Tags stop working” people say. They can, so we shouldn’t jump to definitive conclusions in every case, but tags used now are actually very reliable. This tag was working well and providing a very clear daily picture of the bird’s whereabouts, right up until the day it disappeared. There were no technical reasons why it should simply stop transmitting. A couple of years ago, a tag stopped working but then started again, but this was an experimental model used in a brood management trial, when everyone now accepts that something more tried and tested should have been used then. Tag failure is still very uncommon.

So the disappearance of this bird is pretty much the definition of ‘in suspicious circumstances’.

“Why don’t you stop it?” people ask. But AONB teams own no land and have no regulatory authority (and the same is largely true of National Park Authorities), and they can do nothing at all to police or prevent this illegal activity. Our own team has worked with RSPB, Northern England Raptor Forum, Raby Estate and the Police to host training days for police officers from four forces on raptor crime awareness and investigation; we call for information (I recall a colleague tenaciously trying to stay one step ahead of whoever kept taking down our posters calling for information on two buzzard shootings) and we talk to people on the ground. I know people in the shooting and land management world who are also genuinely appalled by this continued criminality; their influence can certainly help. But the only people who can stop it are those who are doing it, those who are charged with upholding the law to stop them doing it (with limited resources and in challenging circumstances), and those who oversee prosecutions and sentencing.

We work with a range of upland estates who are doing good work for conservation. Recently we took a small group of land managers to see a shooting estate where we have led a partnership (with the excellent Estate owners, and the RSPB, the Woodland Trust and Natural England) to promote large-scale ecological restoration through significant expansion of tree cover (using planting and natural/assisted regeneration), peatland restoration, managing grazing, creating scrapes and pools for waders, reducing predator control and carrying out species monitoring. This is building on work the owners started themselves. We saw several raptors, and an understanding of the vital role of predators in ecosystems and a desire for a full suite of raptors to breed there is part of an emerging vision for this place. The work was well-received by the land agents and estate managers and we know we can replicate it on other estates (and that some estates may take it upon themselves to do this work). So it’s more than possible – it’s happening. The problem is, that evidence unequivocally shows that some people in the uplands (and the lowlands for that matter) don’t share this vision, don’t appear to care about ecological restoration, don’t want to see raptors thrive, and are prepared to act outside the law in a misguided belief that it is in their interests to do so, or because they’ve just always done it.

“It’s not everyone” people say. Of course it’s not, but it’s still widespread and it doesn’t have to be everyone in order for it to have a really damaging impact on raptor populations – and indeed on the shooting community itself.

There is a stated commitment in the shooting community to zero tolerance for killing raptors. There’s some good wider practice to back it up – the recent collaborative work done by shooting organisations to create replicable, legally robust, clauses regarding raptor persecution for use in gamekeeper employment contracts and land leases, is very much welcomed. There are some changes, but the pace of change is painfully slow, despite what I believe is genuine positive intent on the part of many in the shooting community. But another ‘disappeared’ harrier tells us that whatever everyone is doing isn’t working well enough.

Though hen harriers aren’t the only bird facing persecution, it’s actually been the best harrier breeding season for about 50 years, and many raptor workers, gamekeepers and conservation bodies were involved in nest monitoring and protection, diversionary feeding and all else that leads to success; but fledged birds have to get to the point where they themselves breed and increase the population, which is still woefully low. Some of those birds will die naturally and that’s regrettable, but unavoidable; but even one illegal killing would be one too many and we are well beyond that. We live in one of the most nature-depleted countries in the world and we have to keep working every day to turn that around. People killing raptors or being an apologist for that killing are a real and tangible part of the problem. Too little is changing, and too slowly.

We always ask people to record their hen harrier sightings – you can find out how to do that here – but we’d especially like you to keep a look out now, in case this bird is actually still out there somehow – let’s hope it is. This incident was reported to Northumbria Police and the National Wildlife Crime Unit; we echo the calls for anyone who has information to come forward and phone 101. 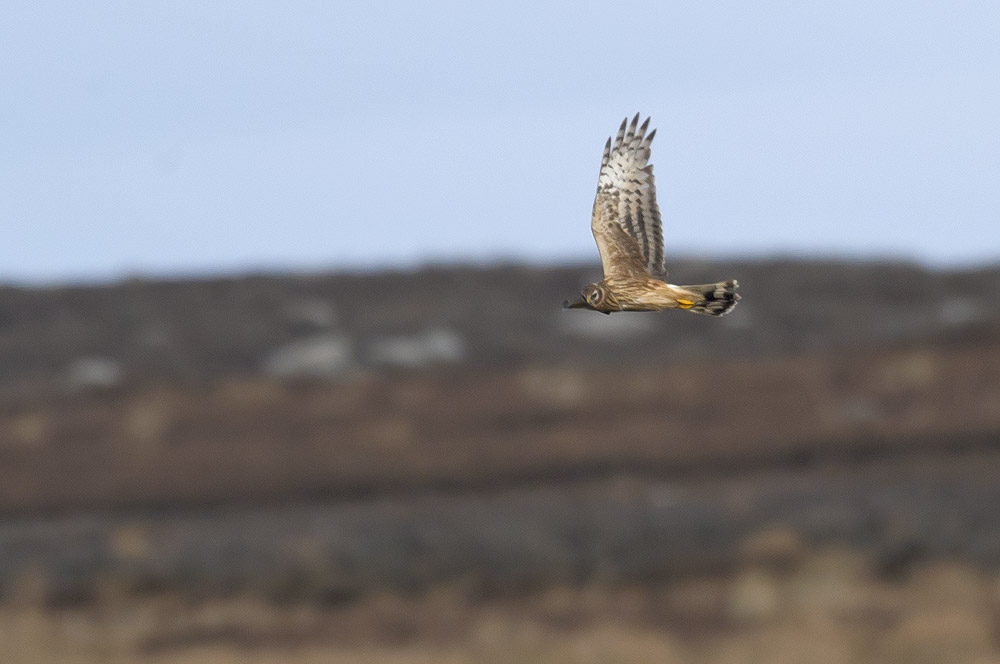