Crinoids are sea creatures whose fossils are very common in the North Pennines. Here’s how to make your own.

Tie (or glue) some pieces of thread or wool to the arms. These threads are called pinnules. If you are using wool you might want to separate out the strands to make the pinnules more feathery. To make your crinoid stand up, you could stick the end of the stem to a piece of card or into a lump of plasticine to be the sea floor. 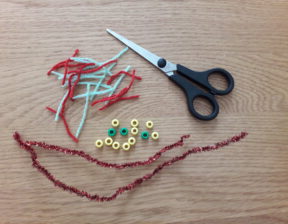 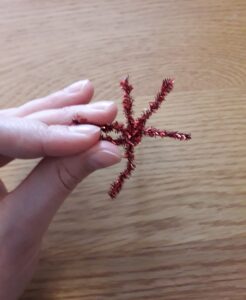 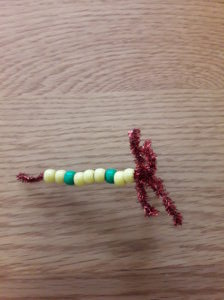 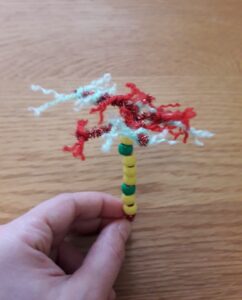 Crinoids have existed for about 480 million years. The kinds that have stems anchor themselves on the sea floor and their arms wave around in the water to catch tiny things floating past that they can eat. Most crinoids that are alive today don’t have stems. Crinoids have 5 arms like their relatives the starfish, but they often split into 2 branches to make 10 arms in total.

Crinoids are made up of lots of hard plates, which can sometimes get preserved as fossils. From around 360 to 300 million years ago, what is now the North Pennines was on the edge of a tropical sea near the equator. This warm, shallow sea had lots of creatures living in it, like corals and crinoids, and when they died the hard parts of their bodies became part of the mud on the sea floor. As this mud was squashed and buried over time it formed a rock called limestone. There are several layers of limestone in the North Pennines from this time, and some of them contain lots of crinoid fossils.

When we find fossil crinoids, the thinner parts like the pinnules don’t usually survive. The stems often break into pieces like the beads on your model so you might see little rings like O shapes in the rock. 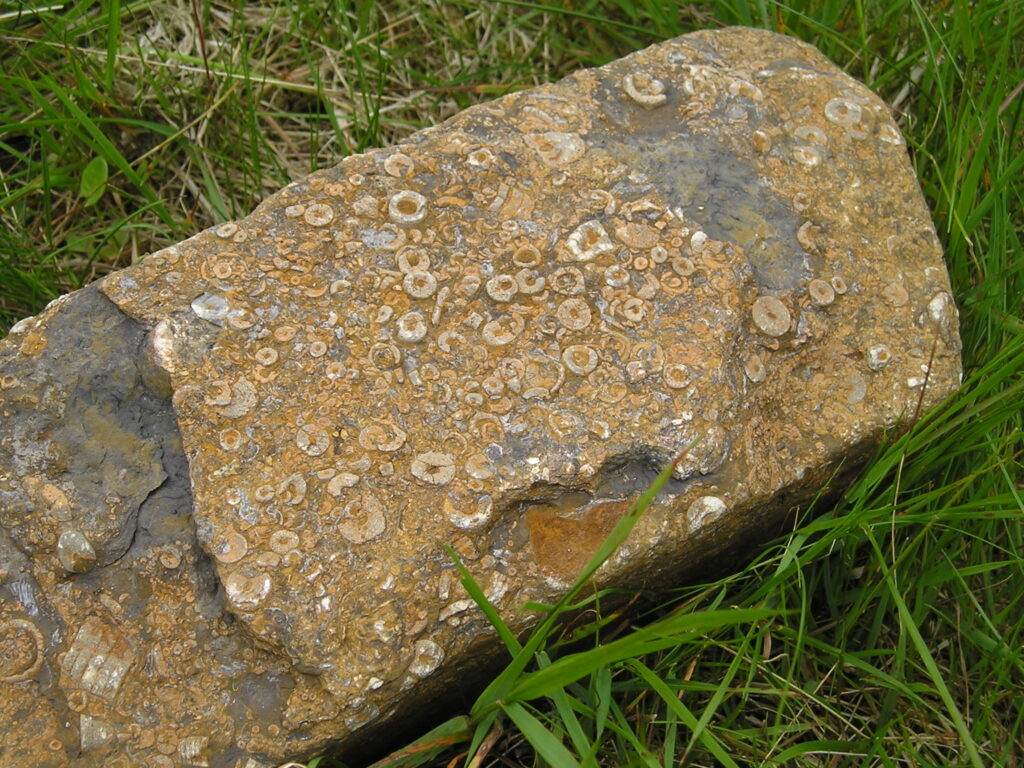 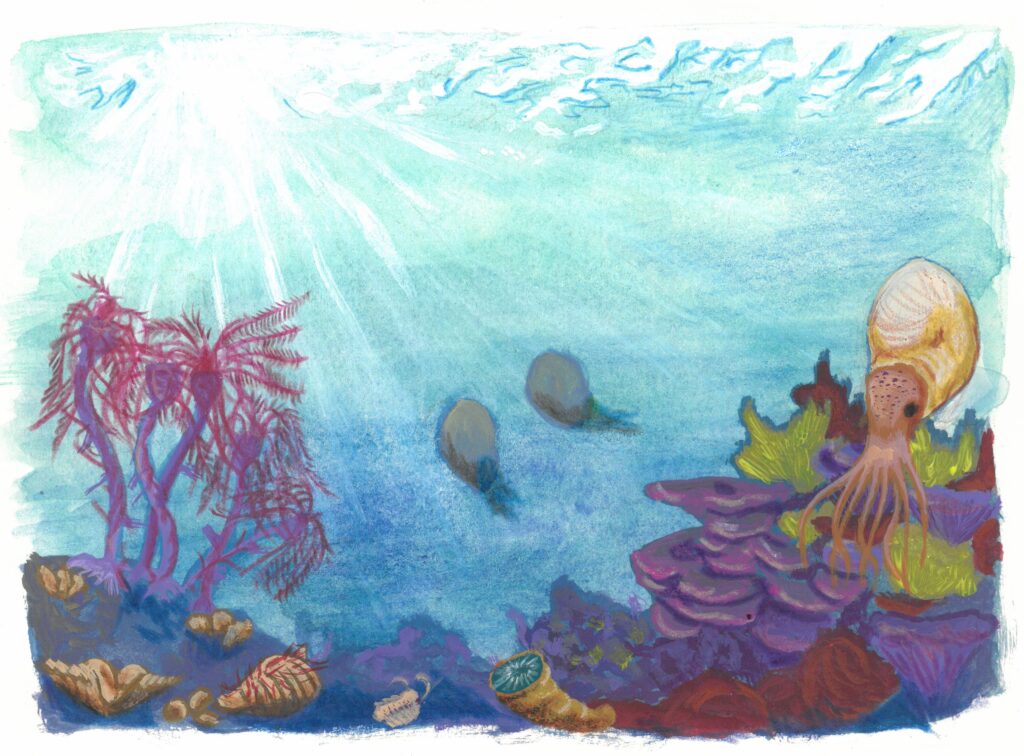