I have lived in Croglin for forty years but, with a busy medical career and four children, I had little time to focus on other interests until retirement. Discovering that a student of Croglin school went on to found one of the first maternity hospitals in the country in Westminster in 1767, piqued my interest in local history.  I joined the VCH (Victoria County History) programme and completed a Diploma in Local History in 2020.  A perfect lockdown activity!

This blog takes a journey into Croglin church, and the village’s, past to appreciate the value of this fascinating Fellfoot heritage building with hope for its future. 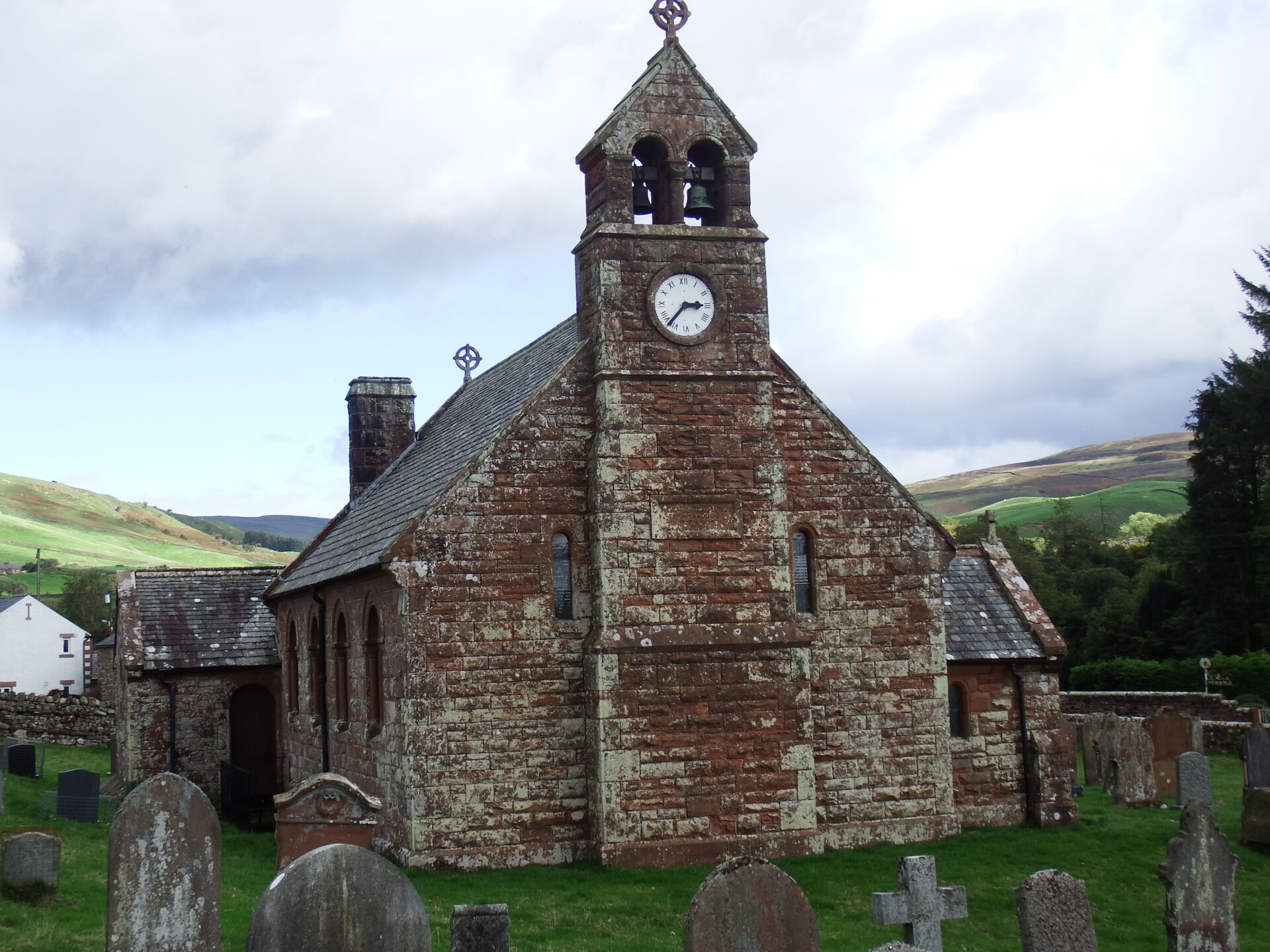 Over a long life Croglin church has faced many challenges. For at least eight hundred years it has provided refuge and been a silent witness to events which have marked the lives of all who lived and worked on the Fellside, through plague, raiders, famine and neglect to, hopefully, a new era for this special building. 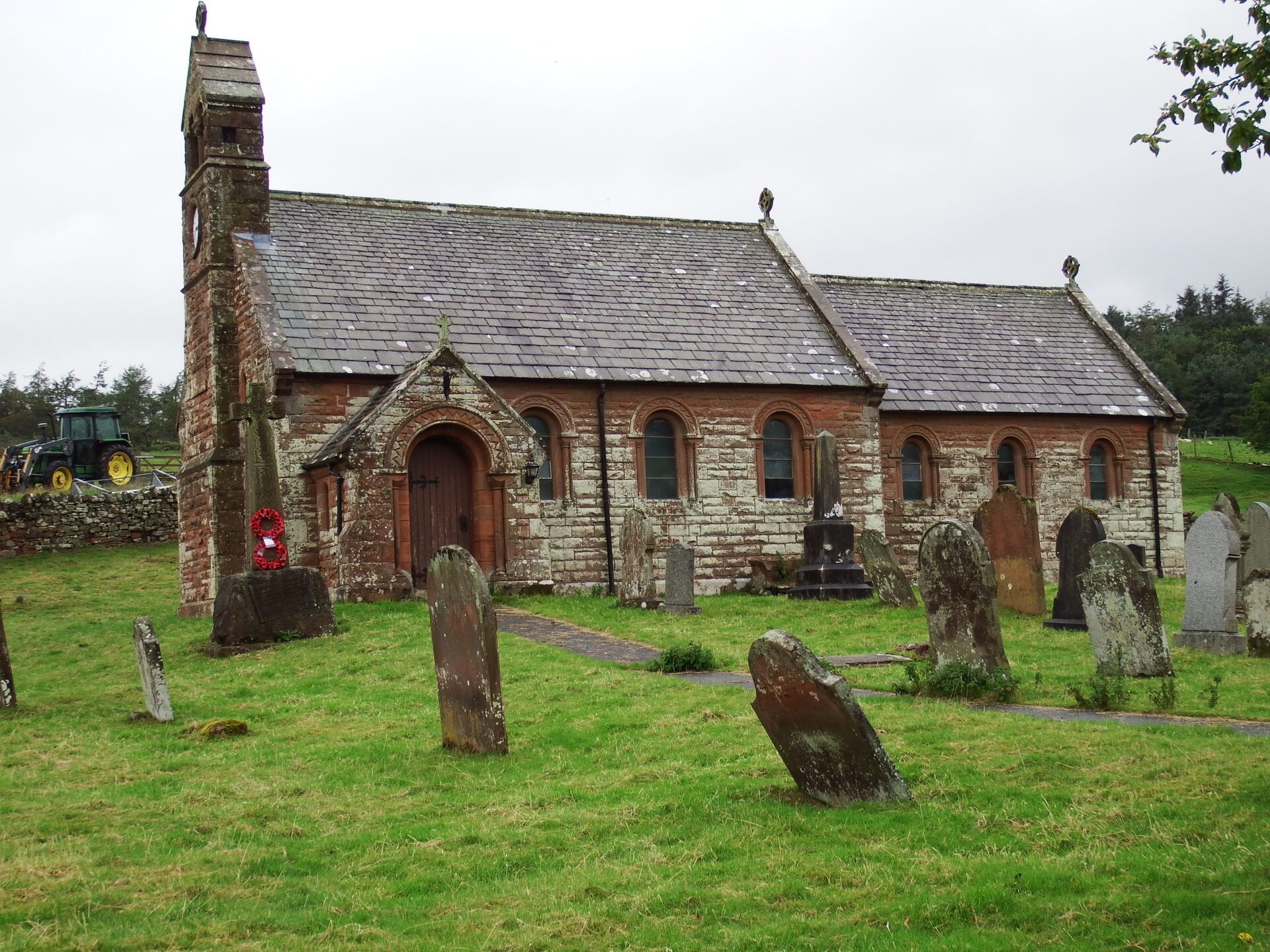 There is a medieval effigy of a woman, could she be Lady Wharton? 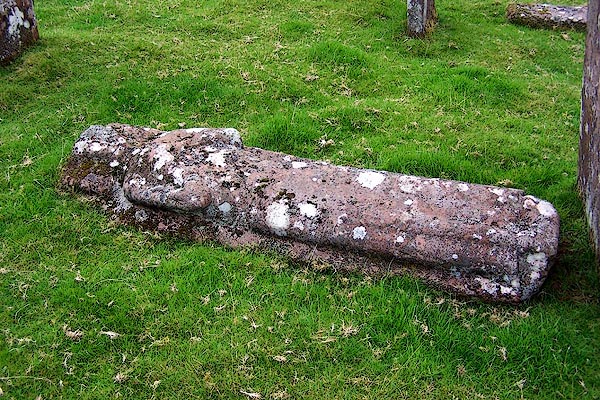 The Whartons were Lords of the Manor in Croglin until 1739. Across the road from the church is the fortified Rectory with its tower from the fourteenth or fifteenth century, and nineteenth century facade. When the existing church was built in 1878, the Reverend Josephus Green lived in the Rectory. 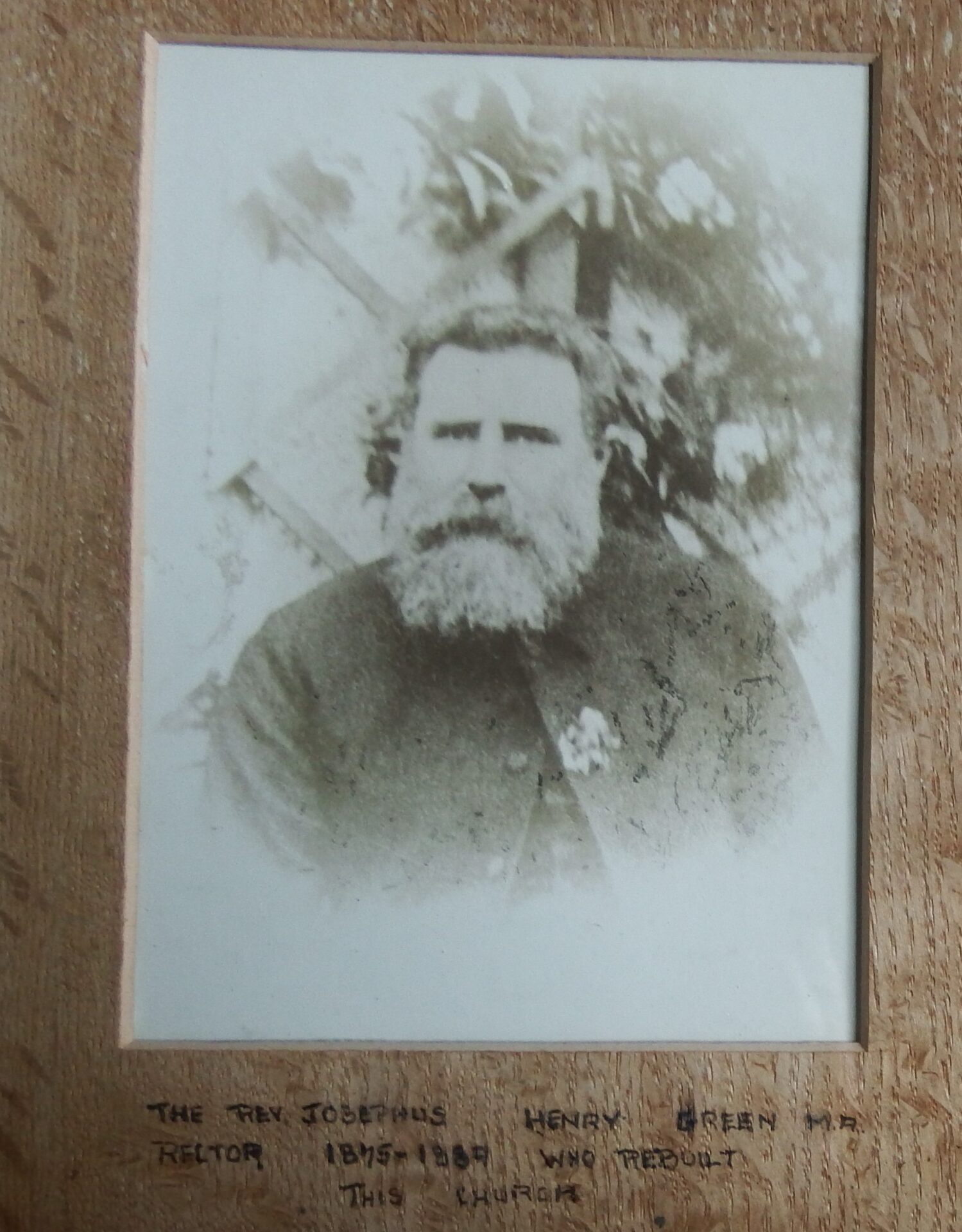 Josephus Green and the new church

‘A man of stalwart frame’.

Forty year old, Josephus, arrived in Croglin in 1875 with his wife Elizabeth and teenage children, Lydia and Laurence. A third child, Reginald, was at school in Appleby. Josephus had been the Chaplain at Nottingham Gaol for more than ten years and, presumably due a change, he was keen to be closer to his birthplace, Durham.

The Green family employed Ruth Bell from Ainstable as cook and eighteen year old Mary Wilson from Kirkoswald as the housemaid.

In 1875, when the Greens took up residence at the Rectory, Croglin had two functioning pubs, the Golden Lion and the Robin Hood. The latter doubled as the butcher’s shop. There was also a busy smithy run by the Duers family, a shoemaker, a grocer’s shop run by Mrs Graham and her three daughters, and a post office with daily deliveries and collections. At Bridge End the sawmill had been run for decades by  eighty year old Henry Mason who, by 1875, was employing his son and grandson. There were nine farms based in the village and seven other householders who were classified as ‘labourers.’ The corn mill had closed a few years earlier when cheaper corn was being imported from the USA.

The school, just outside the village, had been rebuilt in 1866 with generous accommodation for the schoolmaster. Attendance was good with 86% of eligible five to ten year olds regularly attending. With no village hall, the school was well used for social events, teas, musical evenings and prize-givings.  The Fellside has a strong tradition of the provision and use of educational facilities. It has been shown that educated people are more likely to migrate, both nationally and internationally, and this is supported by the number of gravestones in Croglin churchyard for relatives who died in America, Canada and Australia.

Josephus was an active man who not only took on his clerical duties with enthusiasm but also farmed sixteen acres at Rectory Farm and took an active role in community affairs. In 1877, a Methodist Chapel had been built on the edge of the village. In the same year the Reverend Green and John Mulcaster, the church warden, applied to the Diocesan Court at Carlisle Cathedral,

‘to take down the present church and make use of the materials in the erection of a new church. The present church was in a state not suitable for repair’. Contracts for the rebuilding amounted to £700, ‘the amount being so low because they had a free quarry within a short distance’.

‘church attendees was around 100 out of a population of 230’ adding ‘there are no works or likelihood of works on which any number of people would be employed’. The building was completed in 1878, a couple of metres north of the previous church.

Reverend Green was also involved in improving the sanitation of the village. By the 1870s it was well understood that contaminated water caused typhoid fever. In October 1874, Matthew Beckton at Townfoot Farm had died of typhoid fever. He was forty-six years old, a widower and a farmer of one hundred acres. Following Beckton’s death, there was a visit from the medical officer who commented that ‘nothing had changed since his visit the year before.’ 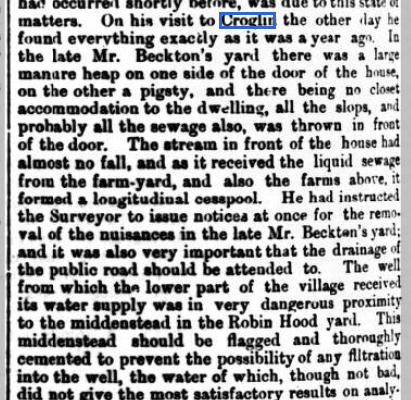 Sanitation in Croglin was gradually improved from this point but Josephus Green became ill early in 1889 and died at Croglin Rectory in June 1889. By 1896, his son Reginald Green had returned to Croglin as the Rector and was active in the installation of a clean water supply to the village from the Coombs pasture two hundred feet above the village, thereby finishing the task his father had started. Josephus’ daughter, Lydia is buried in the churchyard.

The future of the church?

Croglin Church continued to be central to village life until at least the 1960s. There are villagers today who remember ‘clutching my penny to go to the weekly Sunday school’ and ‘treasure hunts at the Rectory with the vicar and his family’. In the latter years of the twentieth century, the congregation dwindled. Croglin church held its last service in 2012 but is still located at the heart of the local community.

In 2020, a group of locals came together to try and secure its future in a way that will benefit both the immediate village and the broader Fellside community, perhaps with a focus on local Fellside heritage. A grant from the Architectural Heritage Trust has been secured to assess the viability of the building and identify usage that will self sustain in the future. This study will be completed this year. 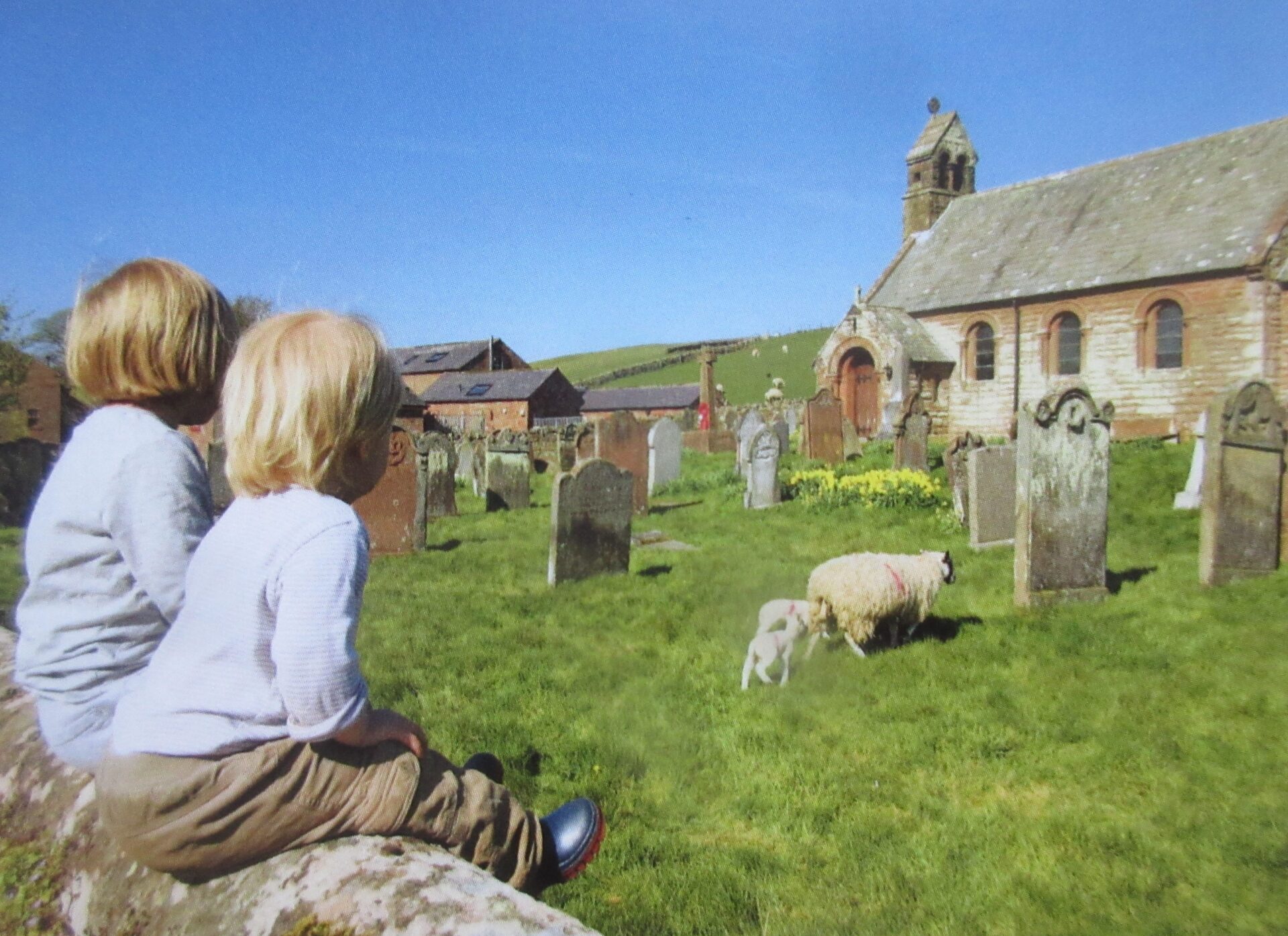 If you’d like to help answer some of the questions that Ruth’s blog has posed, you can join the Fellfoot Forward Facebook group and get involved with the Uncovering the Past project which launches in the Spring. The project will start with Village Atlas training offering volunteers the skills to conduct research on local and oral history and help share the rich heritage of this beautiful and undiscovered part of the Cumbrian landscape.