Archaeology for a cold winter’s evening

Not all archaeological research involves digging holes in the ground (which I tell you from past experience at this time of year is infinitely preferable). There are many other ways in which the history of a place can be built up; for example by walking the area and studying the landscape, using old maps and documents and in particular looking at aerial photographs.

This all sounds easy and accessible today but when I was working as a young field archaeologist, dare I say some 40 years ago, if we needed to see an aerial image of a particular area we wanted to survey or a site we needed more information on, we had to write a letter to Cambridge University and request a copy print from their aerial photograph library. This often took over a month and sometimes when it arrived you would discover that what you wanted to see was just off the edge of the picture, so the whole process began again!

So being able to sit at your laptop by the warmth of a log fire and idly view the whole earth, swooping  in and out and flying like a bird over landscapes the world over, is indeed a very magical thing. One of the most accessible ways of doing this is, of course, to use Google Earth. This is an outstanding resource and has the added benefit of being able to look at earlier images taken, for the same location, over the last 20 years (but not for all locations).

The Google Earth view below shows Kirkoswald in 2014, it was coincidently captured in black and white which gives a better clarity for seeing what is on the ground.  See if you can identify St Oswald’s Church, the Castle and the curious earthwork just south west (over the churchyard wall to the left) of the church – it remains unexplored but was probably a medieval moat, a predecessor to the Castle? 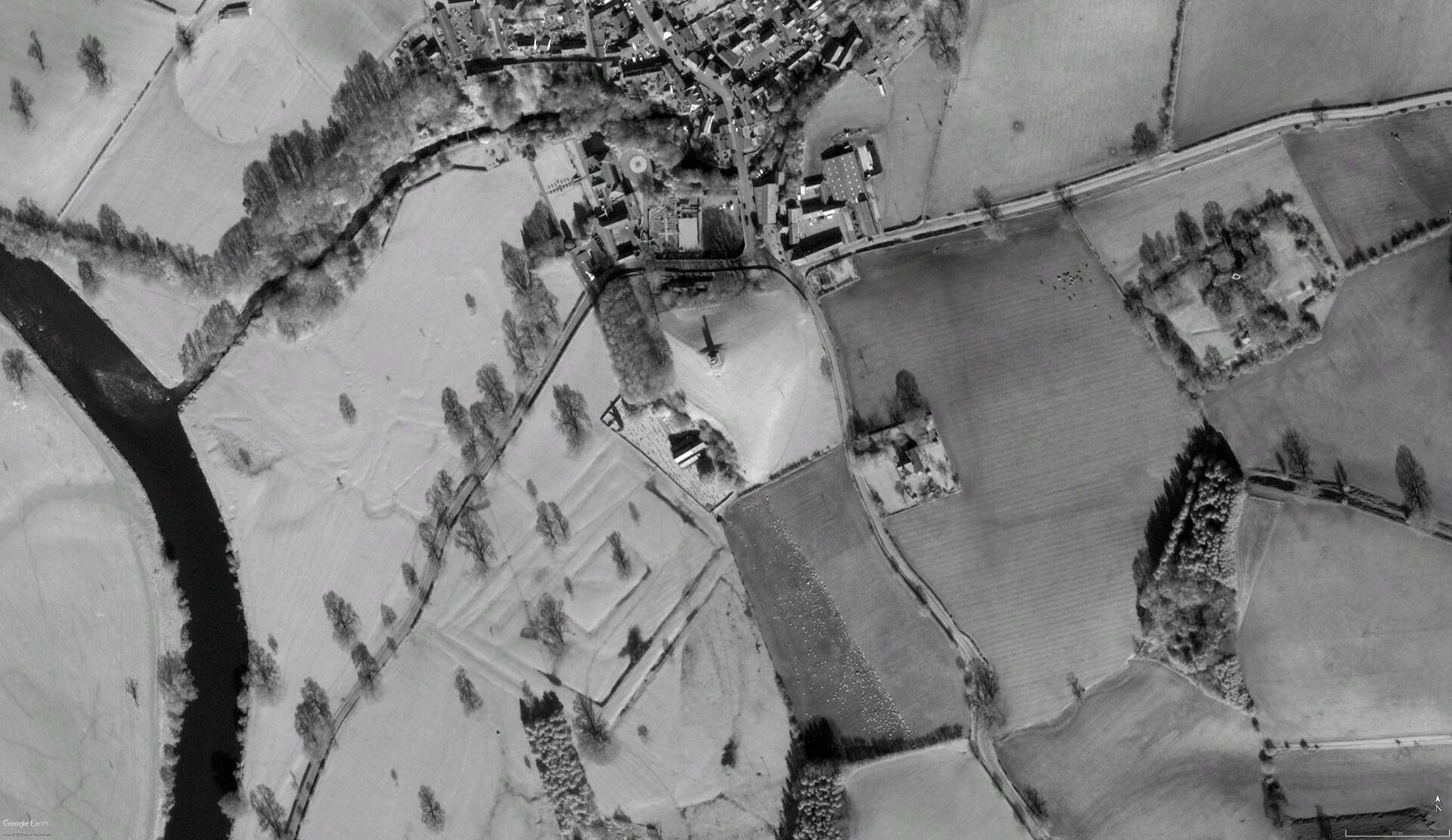 Such clarity is not always possible however; trees and other ground cover can get in the way, the light may have been bad when the image was taken. So having the added ability to examine an area in forensic detail, regardless of such constraints, using the relatively new technique called LIDAR has moved us on even further. Using this resource can enable us to discover previously unknown sites – such as prehistoric settlements, Roman roads, medieval moats or even lost railways. 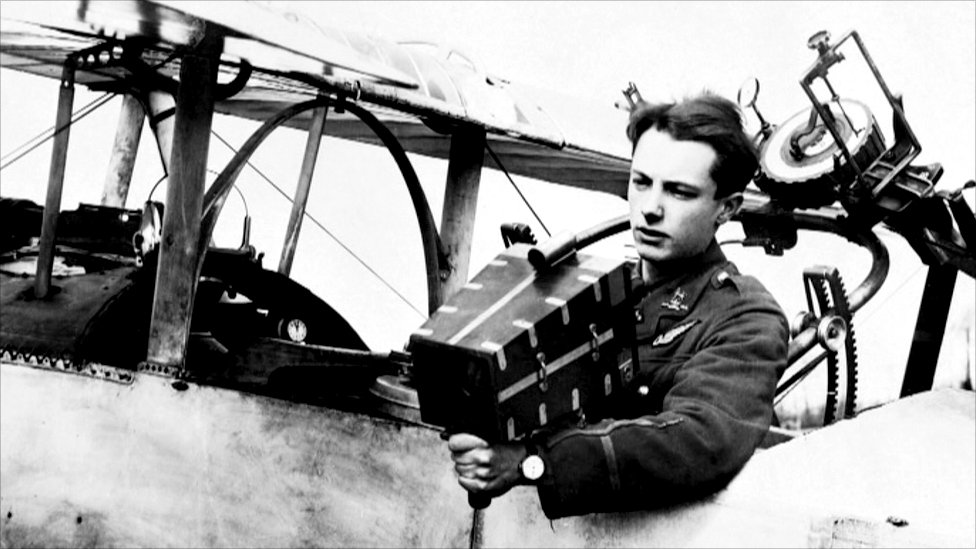 The development of LIDAR is just one more stage in the use of aerial images to explore the earth. That process started with photography from balloons and then aircraft, particularly during the First World War, to gain an advantage for artillery or ground attacks. From that point in it was quickly recognised that viewing the earth from above gave us all manner of newly discovered information about what lay on and indeed under the ground.

So what is LIDAR and what can it do for us armchair archaeologists?

Lidar, like radar, is actually an acronym; whilst RADAR stands for ‘radio detection and ranging’, LIDAR stands for ‘light detection and ranging’, which describes a method of determining three-dimensional data points by using a laser. In essence it is a remote-sensing technique, usually used for surveying large areas quickly using aircraft and, these days, increasingly drones. The end result of this laser scanning, once the raw data has been converted into images, is a detailed topographical model of the landscape. It allows you to look at subtle changes in the surface of the land, ones which would be almost impossible to see on the ground and are difficult to see using normal aerial photography.

In the UK, the Environment Agency (EA) began using topographic lidar shortly after it became available, with its first surveys carried out in 1996. The EA has used lidar data to produce terrain maps suitable for assessing flood risk. The archaeological community only began to realise the potential from around 2000 onwards as resolutions improved and the data was made Open Access by the Government in the last few years.  This has resulted in a commitment by the Agency to cover the whole of England with what is called 1 metre resolution LIDAR imaging by the end of 2021. This will be a tremendous resource, open to us all to use.

There are already some spectacular examples of what can be seen within the North Pennines AONB area.  Compare the Google Earth picture of the Roman fort at Epiacum (Whitley Castle) near Alston below. 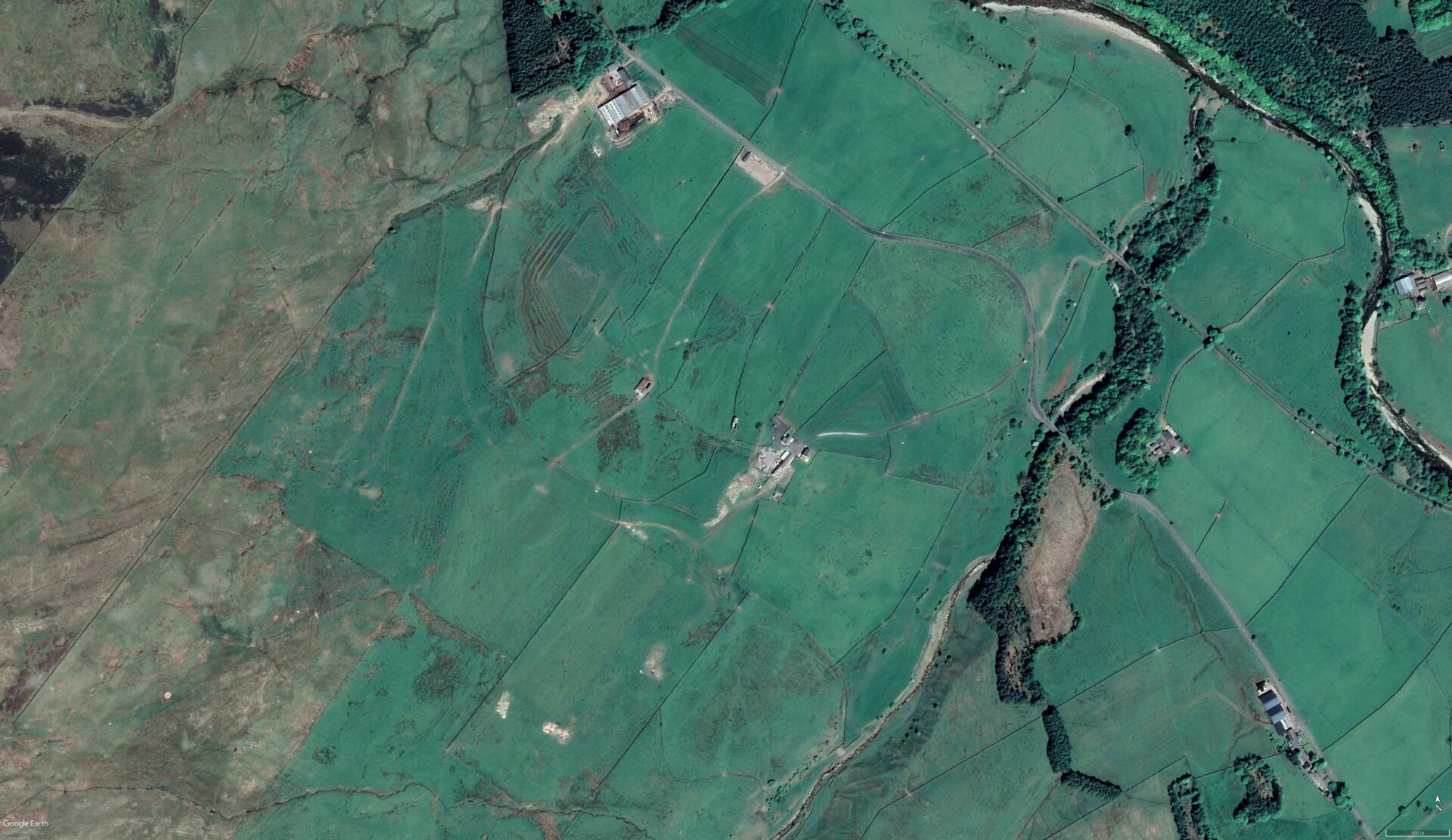 With the LIDAR image – 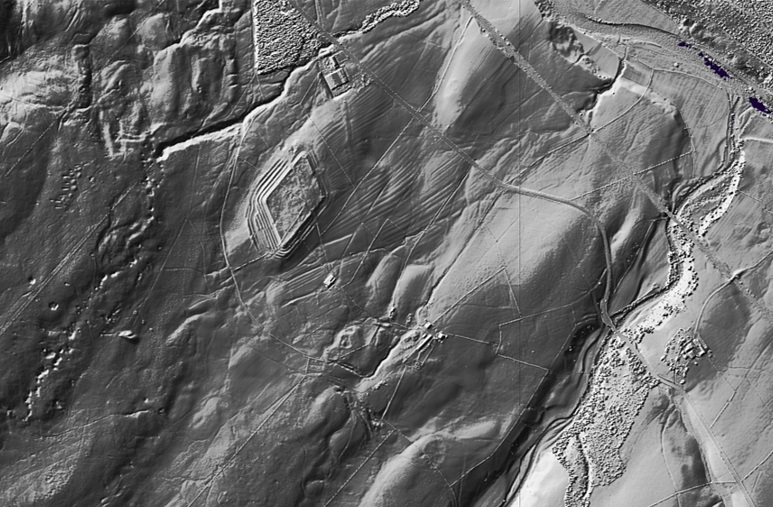 The difference in clarity between the images demonstrates the value of LIDAR in certain circumstances. What we can see in the LIDAR image of Epiacum, which is virtually invisible on the normal Google Earth images, are the remains of the Maiden Way Roman Road (running bottom to top to the right of the Fort), an extensive medieval /post medieval field system around the fort site and, just visible at the bottom to the north of Gilderdale Burn, the remains of a roughly circular Iron Age/ Romano British settlement. The people living here would have seen the arrival of the Roman Army units and the construction of the road and fort and we can only wonder at what their feelings were – resentment, economic opportunity, protection from unfriendly neighbours?

Looking more closely at the Fellfoot Forward Project area, there are tantalising glimpses of what can be found.  At present the coverage is restricted to the north and west of our area, but this still gives us an opportunity to explore and understand our area.

In my previous blog I talked about the old packhorse routes across the fells from the coal mines of Geltsdale and Tindale. As these mines produced more coal there needed to be a better way of transporting from the mines to distribution points in the area. The use and maintenance of the coal roads was expensive however and the owner of the mines, the Earl of Carlisle, fostered the development of an early waggonway from his mines on Tindale Fell down to a staith at Brampton. This was initially a horse drawn route, opened in April 1799, using gravity where it could to help the horses, as they pulled the coal laden chaldrons (a type of rail wagon as well as a measure of volume for coal). With the advent of steam, locomotives were to replace the horses and Lord Carlisle’s Railway, as it became known, was one of the first to use this new technology. This led to a realignment of the route from Hallbankgate down to Brampton leaving the old horse drawn waggonway to return to farmland, its route becoming lost over time.

LIDAR has now given us the opportunity to rediscover the route of the early waggonway, particularly north west of Hallbankgate and in the area of the old mines near Forest Head.  The LIDAR image below shows the old waggonway running across the fields to the NW of Hallbankgate. 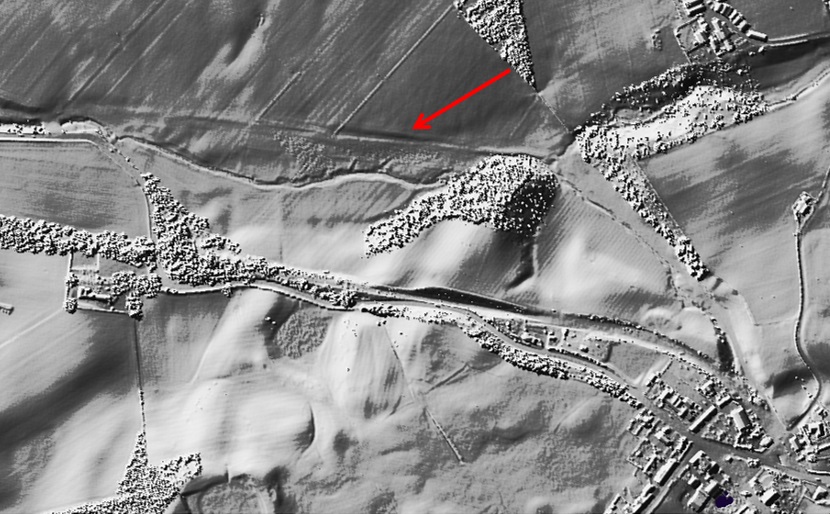 Similarly just west of the site of the old Black Sike colliery which lay on the road from Forest Head to Talkin you can just see the line of the horse drawn waggonway which ran from Black Sike to the old Havannah pit. We know from records that the Havannah pit had closed down by the early 19th century so that stretch of waggonway was very short lived. I’ve indicated its route with the red arrows on the 3d image below.

So what can we look forward to when we get the Fellfoot Forward project ‘Uncovering the Past’ off the ground this year? During the spring of 2021 a series of workshops are planned which will offer an exciting opportunity to get involved for local volunteers and to learn more about LIDAR and other remote sensing resources, the use of maps (old and new), and the finer points of GIS (a geographic information system) which basically helps us analyse all the data about a place and bring it together into visualizations using maps and 3D representations. ​

These workshops will give us all an excellent starting point to move on from to researching the fascinating historical landscape of the Fellfoot Forward area. I’m looking forward to it.
Bruce Bennison

Bruce’s webinar was presented via Zoom on 16 December 2020, watch the full video here: